Their report contained a number of claims that Recfishwest believe don’t really stack up. Rest assured we will be questioning these claims made by the Taskforce and demanding answers!

Here are some of the dubious claims made by Westport in their latest report.

Westport claims: WA is a global leader in dredging research.

Recfishwest says: This makes it hard to understand why Westport has been unable to say what effect the dredging will have on the marine environment of Cockburn Sound.

Westport claims: Findings of a Westport workshop concluded that modifying the causeway was unlikely to result in meaningful environmental benefits.

Recfishwest says: Interestingly, the CSIRO review which can be found at the back of the following WAMSI report strongly disagreed with the findings of this workshop.

Read WAMSI’s assessment of the impact of the Garden Island Causeway on the marine environment in Cockburn Sound here.

Read the CSIRO review of the report here.

Westport claims: The environment was weighted heavily in the shortlisting process which gave the marine and terrestrial environments 12.7% and 9.1% weightings. 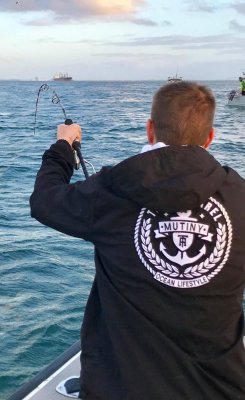 Recfishwest says: The update failed to mention the 18.2% weighting given to capital expenditure and land acquisition, 16.4% given to operations and maintenance costs and 14.5% given to land use compatibility. Economics were openly prioritised in a highly questionable shortlisting process that still lacks transparency and justification.

$$$ put before the environment

The Government is being provided advice that values dollars much, much more than the environment with Westport themselves saying “affordability was considered the most important criterion for the State”. Recfishwest are not anti-development however, we cannot support developments that values dollars more than the environment. To select a port location primarily based on economics without fully understanding how this development will impact on the environment or the experiences that environment provides demonstrates an extremely poor process. A poor process leads to poor advice and the government needs the best advice in order to make the best decisions. There needs to be a full understanding of the environment in order to make the best decisions.

Despite the claims of being environmentally responsible, made by Westport, the fact remains there is not a good enough understanding of how a port development will impact on the marine environment. Way back in 2006, the Environmental Protection Authority (EPA) advised government that if they wanted to progress with the development of an Outer Harbor, there would need to be a whole lot of science to allow a better understanding of the environment. This required science has still to be undertaken, yet Westport are still happy to make recommendations despite critical and fundamental knowledge gaps.

Westport have happily given Deloitte Access Economics $275,000 to estimate trade volumes 50 years into the future yet their lack of environmental investment means they are unable to answer the most basic questions about the impact a port development in Cockburn Sound will have on the marine environment or our fishing experiences.

Governments can only make good decisions when they are provided with good advice and the lack of environmental understanding makes it impossible for Westport to provide the government with good advice. 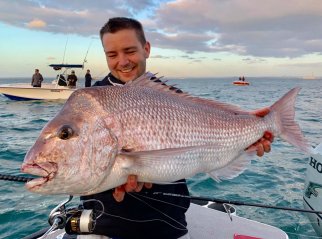 The Community has its say

There are many in the recreational fishing community who like us are watching these developments with alarm given the high stakes involved here – the future of Cockburn Sound’s precious aquatic environment and the quality of the fantastic rec fishing it provides.

We’ve received numerous strong messages from you echoing our concerns on this issue.

Here’s just some of your comments:

“Well done. We cannot let big business think they have the right to do what they want in reach for money, at the expense of the environment,” Fisho’s Friend

“The Government has had years to show they can regenerate seagrass beds after decades of dredging by Cockburn Cement, now it’s time to demonstrate their success across big areas of dredged sea floor!” Michael K

“When the WA Government is openly pushing for an Outer Harbour, how could you expect them to spend money on research to prove how environmentally damaging the dredging will be? Better to say ‘she’ll be right mate’, and push on. Talk about a conflict of interests. If they were serious the research would be done BEFORE the decision on how to proceed. WTF is a farce,” Ray M.

“All very good and valid points. Westport is filled with Kwinana lobbyists, paid consultants, and even property developers. Glad to see Recfishwest stepping up their scrutiny of a process that appears to have had a pre-determined outcome,” Benjamin L

“Great work Recfishwest! Please let us know what position the government takes…I’m sure there will be ramifications come voting time,” Luke D

“Without doubt one of the most important and fragile nursery and breeding grounds for pink snapper and other species of fish on the west coast, yet is continually ignored/pushed aside for political gain and industrial development…” Paul M

Late last month, Recfishwest attended a workshop hosted by the Wesport Taskforce aimed at identifying risks to recreational fishing should a decision be made to build a port facility in Cockburn Sound. 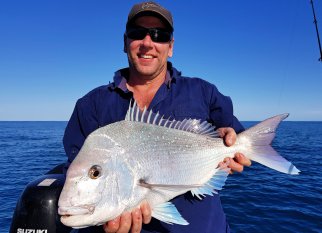 The workshop was attended by interested fishers who were given an opportunity to raise concerns and identify risks posed by any proposed development. 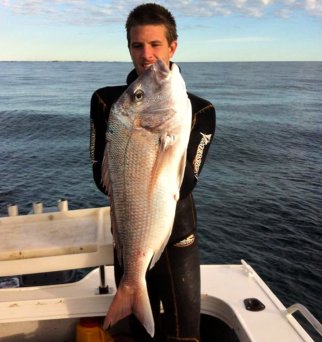 Plenty of healthy, robust discussion took place as fishers were asked to rate perceived risks around seagrass and marine habitat, recreational fishing and boat access, protecting fish and spawning conditions, as well as general water quality in the Sound.

All of the risks were considered to be high by those attending, who explained the reasons behind their concerns.

Cockburn Sound is already under considerable pressure from a range of man-made causes and those who attended echoed the sentiments of the broader fishing community around the increased impact that an outer harbour development in Cockburn Sound might have. 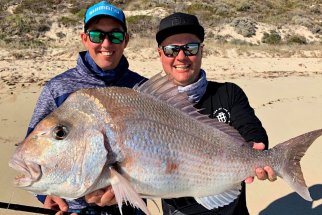 Recfishwest welcomed the opportunity to put forward the views and concerns of fishers into this dedicated consultation process.

That said, Recfishwest will not support any development that further impacts on Cockburn Sound fishing experiences, this includes a new outer harbour development option.

Although we are actively contributing to positive policy development through this process, we cannot guarantee what the final recommendation of the Westport Taskforce will be. What we can guarantee is that Recfishwest will continue to fight to protect pink snapper and the great fishing available in Cockburn Sound.