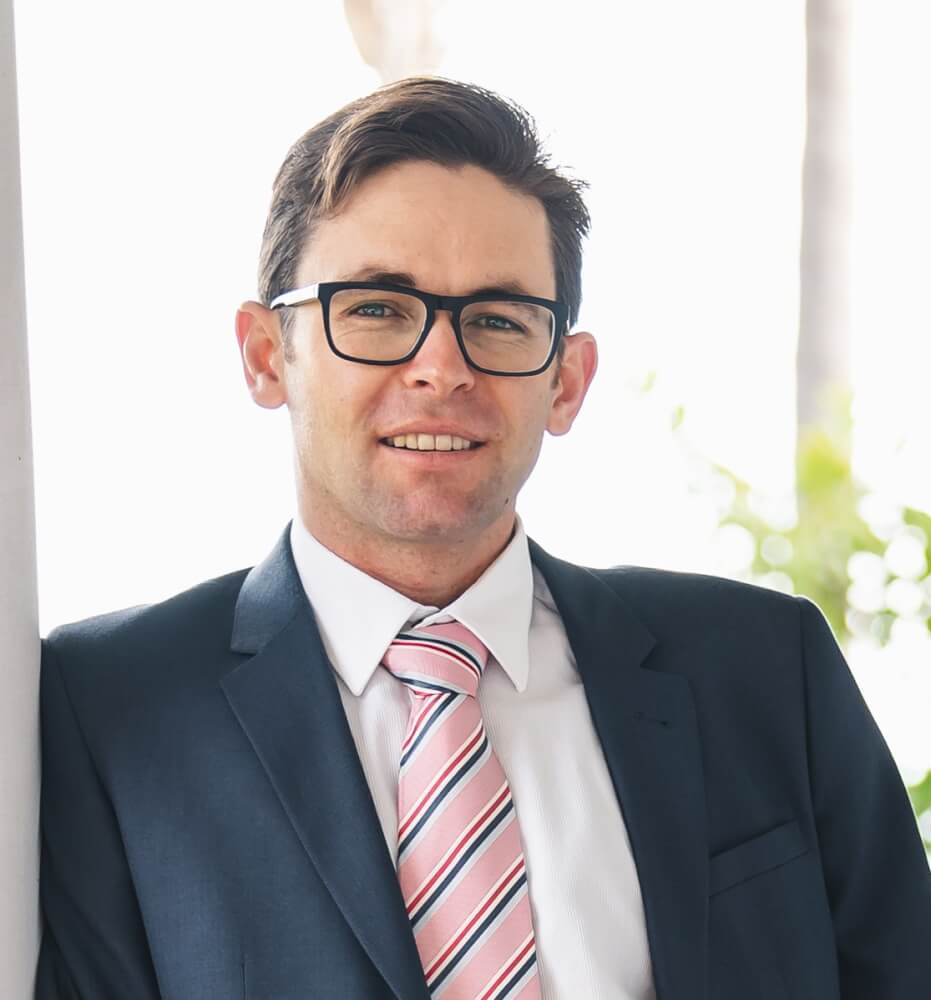 Chairman, Chair of the Nomination and Remuneration Committee

Liam is a Non-Executive Director, the Chairman of the Board, Chair of the Nomination and Remuneration Committee and sits on the Finance Audit and Risk Committee and Governance Committee, He first joined the Recfishwest Board in November 2020.

Liam is a passionate fresh and saltwater fisherman and an active member of the Saltwater Flyrodders of Western Australia of which he is the Treasurer. He is also the treasurer and one of the founding members of the West Australian chapter of the Australian Trout Foundation and a member of the WA Trout and Freshwater Angling Association.

When not fishing, Liam occupies a role in senior management (CFO & Company Secretary) in a commercial property development firm. Liam has a passion for recreational fishing, particularly fresh and saltwater fly-fishing and lure fishing. He is strongly committed to see this important recreational activity sustainably developed.

As a qualified chartered accountant and member of various committees, Liam has strong financial and management expertise and experience with incorporated associations. He is also skilled at negotiating and reaching outcomes favourable to all stakeholders.

Liam has a broad-based experience and a solid track record of involvement within the recreational fishing industry and is enthusiastic to further Recfishwest’s goals. 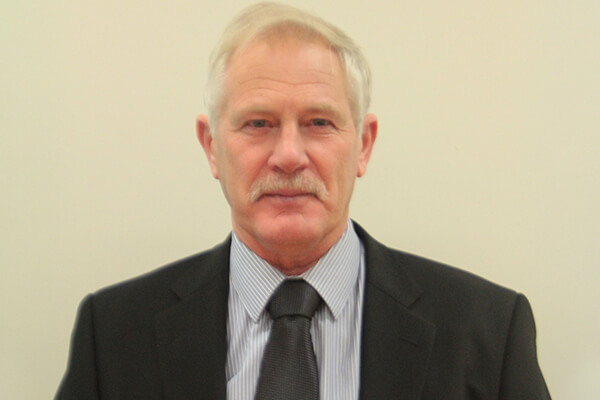 Geoff is an independent, non-executive Director of Recfishwest. Geoff is also the Deputy Chair of the Board and represents Recfishwest on the Recreational Boating Facilities Scheme.

Currently semi-retired, Geoff is a Director of Super Nova Motor Yachts trading as Offshore Marine and has been for the past 25 years. He has also managed several retail boat and caravan sales businesses in WA. 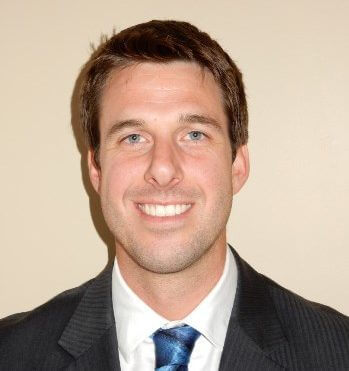 Simon is a Non-Executive Director at Recfishwest and a member of the Governance and Communications committees. Simon brings a wealth of external experience from his work as an engineer from a variety of different industries over the past 15 years, including ship building and subsea engineering.

Simon has previously volunteered his engineering skills to design and manufacture the Bluewater Safety Float to help increase safety for divers and other boat users. Simon has a particular interest in shark behaviour and is currently working in partnership with Sharkbanz to design, test and launch an effective shark deterrent device for Australian line fishers in WA's North West.

Being an avid diver and fisher throughout his life, Simon has a strong interest in marine life behaviour and the sustainability of WA fisheries. Simon was the events coordinator for Bluewater Freedivers of Western Australia for two-and-a-half years and was the Vice President for two years. 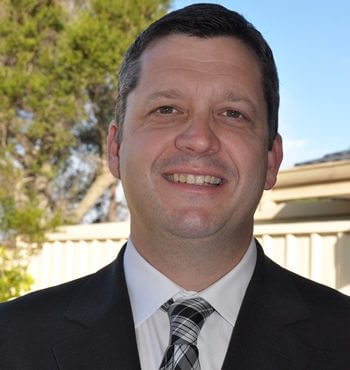 Dean is a Non-Executive Director of Recfishwest and a member of the Governance Committee and is also a member of the Finance, Audit and Risk Committee. Dean was elected to the Recfishwest Board in October 2011, re-elected for a two-year term at the 2012, 2014, 2016 and 2018 AGM's.

Dean is a biologist with 15 years’ professional experience in marine and aquatic studies and specialises in fish biology and ecological investigations of riverine and nearshore waters.

Dean is the Director and Principal Scientist of an environmental consulting company and has occupied that role since 2006.

In this current role, Dean continues to work on the biology of numerous bony and cartilaginous fish species and conducts environmental monitoring programs, impact assessments and aids with government approvals for various projects throughout northern Australia and south-east Asia. Dean is also a member of the Bluewater Freedivers of Western Australia. 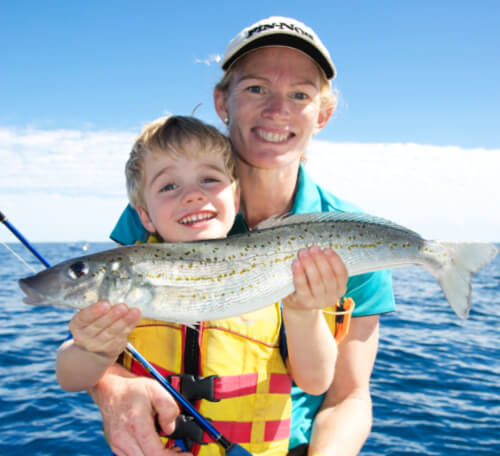 Emma is a Non-Executive Director of Recfishwest and a member of the Communications Committee. Emma was elected to the Recfishwest Board in December 2020.

A former pole-vault world record holder, Olympian, World Championship representative and Commonwealth Games gold medallist, Emma moved from Victoria to Perth to pursue her athletic career. Emma remained in WA due to the to the lifestyle, fishing, camping and outdoor activities om offer and has lived here for the past 20 years.

Emma holds a Graduate Diploma in Communications (Journalism) and a Bachelor of Commerce (Marketing) and Arts (Language). Emma has worked in marketing, communications and sponsorships and as a journalist at The West Australian and Channel 7. Emma is currently working as a freelance journalist, presenting for television programs, writing for various fishing, camping, outdoor and news publications as well as presenting at fishing, camping and boating shows.

Emma is passionate about getting children and families outdoors and interacting together in the natural environment. She has designed a website – Love The Outdoors – which provides information, ideas and how-to tips on fishing, camping and four-wheel-driving.

A keen fisho, Emma loves taking her three boys out on the boat, fishing, scuba diving, freediving and experiencing nature at its best. Her goal is to see more families on the water and children being engaged, active and caring for our marine environment for future generations to come. 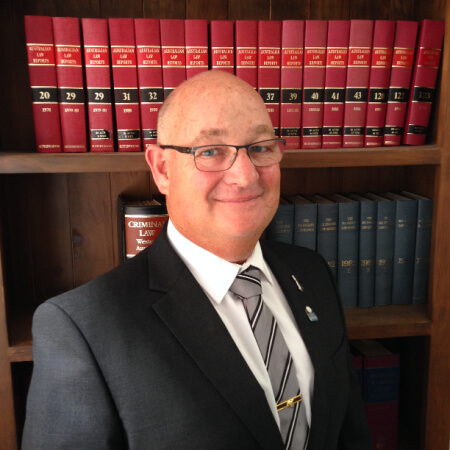 Ian Sampson is a Non-Executive Director of Recfishwest and a member of the Governance Committee. Ian was elected to the Recfishwest Board in December 2020.

Ian hails from a sport-oriented family, spending winters playing junior footy for City Beach in his younger years. In the summer, Ian sailed the Swan River, Cockburn Sound, Owen Anchorage and off Fremantle Sailing Club along with some extended stays in Parker Point at Rottnest. Sailing remains one of Ian's passions today and he is still active sailing on a Farr 40 at Fremantle Sailing Club.

A sailmaker by trade, Ian developed a business on Stirling Highway in North Fremantle importing, distributing, and servicing windsurfing equipment before undertaking his tertiary studies.

Ian is a keen demersal fisher and can be found dab-netting for king prawns under the cliffs of Rocky Bay on winter nights, squidding local waters or land-based fishing around the metro area.

Ian has an interest in shipping law and maritime archaeology. He is a passionate advocate for sustainability and loves the Western Australian coastline and outdoor lifestyle.

Christine is a Non-Executive Director and a member of the Finance, Audit and Risk Committee. An experienced mining lawyer Christine specialises in the native title and Aboriginal heritage aspects of project development in Western Australia.

Christine graduated from Trinity College Dublin with an honours degree in law, and a bachelor of law (BA Mod and LLB).

She has climbed the WA legal ranks to join West Perth firm Hewett and Lovitt as special counsel in 2014, managing her own native title practice and has negotiated native title agreements with various native title claim groups in Western Australia.

She is a member of the Law Society of Western Australia and Recfishwest was pleased to welcome her as a Board Member in March, 2022.