Recfishwest Reference Groups are advisory groups that provide information to Recfishwest on current issues associated with the State’s recreational rock lobster and freshwater fisheries. This is a great opportunity for fishers to provide input into fisheries management and ensure sustainable, accessible, enjoyable and safe fishing for the recreational fishing community.

Recfishwest Reference Groups are composed of passionate and dedicated fishers who are interested in contributing to the management of fishing in WA by providing advice to the Recfishwest Board on issues associated with specific fisheries.

Members apply through an expression of interest process and sit for a three-year term.

The criteria for fishers to sit on a reference group include:

• Be an active recreational fisher, and have held a licence in the relevant fishery continuously for at least three years.
• Be prepared to attend meetings during business hours.

This advisory group provides information to Recfishwest on current issues associated with the State’s recreational freshwater fisheries. This is a great opportunity to provide input into fisheries management and ensure sustainable, accessible, enjoyable and safe fishing for the recreational fishing community.

You may have seen some of the Reference Group’s recommendations, including: 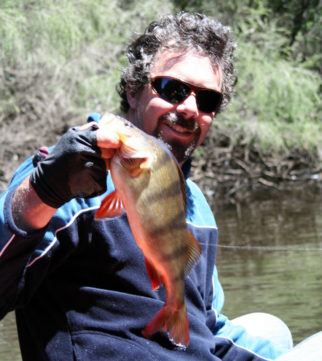 Ian was the Editor/Director of The WA Fishing Magazine and is now the editor for WA Fishing Monthly. During and previous to this, Ian owned and operated tackle stores around the Perth area for about 20 years. Ian has sat on the Recfishwest Board a number of times and also sat on the original Recreational fisheries advisory council which later morphed into Recfishwest. In his involvement in Recfishwest and as an old member of WATFAA Ian has sat on previous freshwater stocking committees on and off for about the last 15 or so years. Ian is very keen to see Australian natives in impoundments in WA and has been a constant in the push for their introduction for longer than he cares to remember. 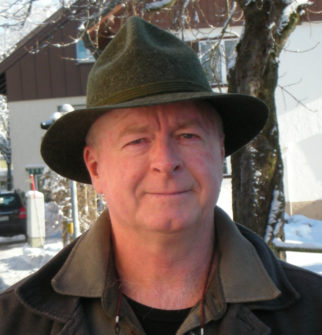 Russell Hanley has been a keen freshwater angler for more than 50 years and has fished rivers and lakes all over the world, beginning as a bait fisherman, progressing through spin fishing to finally becoming a passionate fly fisher in the last few years. Russell joined the Freshwater Fisheries Reference Group because he has a strong commitment to the preservation of trout stocking and fishing in the rivers and impoundments of the South West. He is a professional environmental scientist with a very good understanding of freshwater ecology and understands the largest threats to the aquatic systems of the region are landscape modification and water extraction in a drying climate. 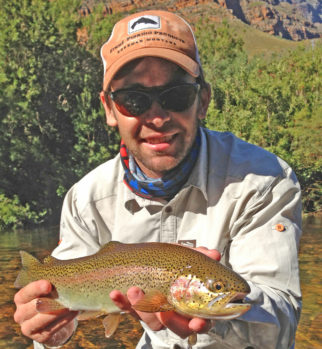 Liam is an avid fisherman with a special affinity to fly fishing for trout. Through his involvement with various fishing clubs he has experience with trout stocking policies, management of still water and stream fisheries as well as on the ground trout stocking experience. Liam joined the Freshwater Fisheries Reference Group because he is passionate about sustaining and growing quality trout fishing experiences in the South West.

Glenn has been fishing since he was six years old, where he primarily targeted trout in the Pemberton area. Since then he’s have fished both fresh and salt all around Australia and also for trout in Iceland and New Zealand. Without doubt, Glenn loves fly fishing the best, but chooses the most appropriate style for the location and species available. Freshwater fishing presents a greater challenge for Glenn, especially in hard to access points along a stream. Glenn believes trout are great fun to catch and the environment you find them in is almost always beautiful, abounding in spectacular flora and bird life and very relaxing. Glenn joined the group because he wants to give something back to the sport he loves so much, and endeavours to help to provide sustainable, enjoyable fishing opportunities well into the future. After nearly 60 years of freshwater fishing Glenn has many wonderful memories, but his my favourite is when he caught my first wild rainbow trout, on a fly he tied his self, without the assistance of a guide. 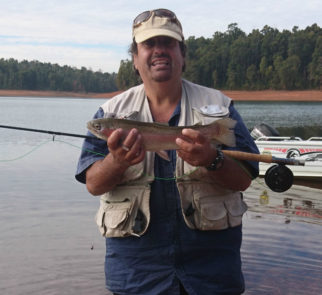 Peter first wet a line when he was only six years old, fishing with his father and uncle for tailor off the beaches around Mandurah back in 1969. Although he spent countless days hunting the inland region of southern WA, it wasn’t until 1977 that Peter first fished for trout at Waroona Dam. Starting out with bait and lures, it wasn’t long before Peter purchased his first fly rod, later joining WATFAA (Trout Club) in 1980 and getting involved in club activities including, upgrading the Nanga Fish Ladder, netting trout with fisheries for research purposes and other activities mainly freshwater related. Peter’s grown to love freshwater fishing, travelling all around Australia and New Zealand to fly fish streams and dams.

One of Peter’s best memories would be back in 1996 when he landed four rainbow trout weighing more than 5lb on fly down at Pemberton and one being just under 8lb, a fish that’s still the state record to this day. Peter has also been working behind the scenes trying to promote better stocking ideas and promoting the growing on of trout to a larger size with the staff at the hatchery over the years with mixed results. It wasn’t until a number of people pushed Peter to become a FFRG member, and now Peter values having an official say in the future of our freshwater fishery in WA. Peter also runs a fishing Facebook group to promote Aussie native species and also gather understanding of the different factions of freshwater fishers in this state. Peter also writes the freshwater section for the WA Fishing Monthly Magazine, reporting on all the latest news and what’s happening in our sweet water scene. 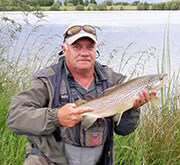 Dave has fished for trout and freshwater species for more than 50 years. He prides himself on fishing more than 100 days a year on streams and dams in WA and taking trips to New Zealand to chase the prized freshwater species. Dave’s preferred method of fishing is fly fishing and he enjoys tying his own flies.

This advisory group provides information to Recfishwest on current issues associated with the State’s recreational rock lobster fisheries. This is a great opportunity to provide input into fisheries management and ensure sustainable, accessible, enjoyable and safe fishing for the recreational fishing community.

You may have seen some of the Reference Group’s recommendations, including: 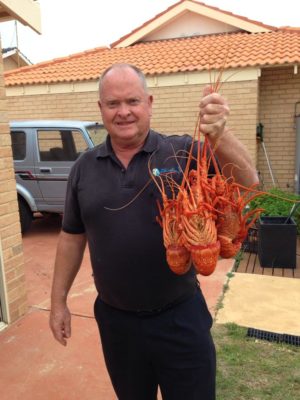 Bob grew up in Gunnedah, New South Wales. His first fishing experience was in the freshwater inland river system of northern NSW. In 1964 Bob’s family moved to Geraldton where the family business was rock lobster fishing based at North Island in the Abrolhos and Freshwater Point, south of Geraldton. Bob has been a keen recreational fisher and diver all of his life. Bob’s work in the community involves being a member and former Chair of the Mid-West Recreational Fishing Advisory Committee (RRFAC) 1994-2011, a Member Abrolhos Islands Consultative Council 1993-1995, the Northern Representative Recreational Rock Lobster Review Committee and Member – Chairman of the Batavia Coast Maritime Heritage Committee for 22 years. 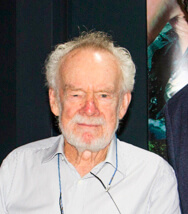 Norman Halse has fished recreationally all his life in the West Coast and Gascoyne and now fishes mainly around Rottnest for lobster in particular. He was a foundation board member of Recfishwest, on the Executive Committee as chair of the Policy Committee and was Board Chairman 2001-2003. He trained as an agricultural scientist who was also interested in environmental conservation and had career high points as Director General of Agriculture in WA, president of the Conservation Council of WA and membership of the Environmental protection Authority in WA. 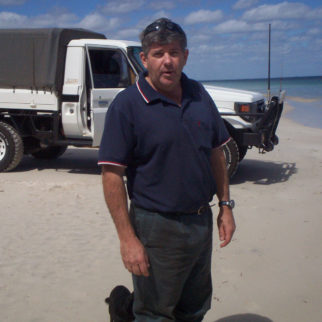 Michael has been active and passionately fishing for more than 45 years, in all the various fishing methods and types. Michael really enjoys being able to use this experience to help guide the sustainable management of our recreational fisheries for future generations of fishers in WA. Michael especially enjoys rock lobster fishing and the diversity of the Cape Naturaliste fishing scene. 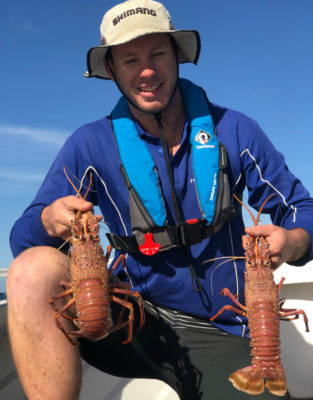 Brody loves fishing in the metro area for snapper and the many bottom species available, as well as heading north to Exmouth to chase pelagic fish as often as possible. Being an avid recreational cray fisher since a young age, he was really keen to be a part of the WRL reference group to gain a better understanding of fisheries management. Brody is also keen to help work towards better outcomes for recreational fishers in the future. 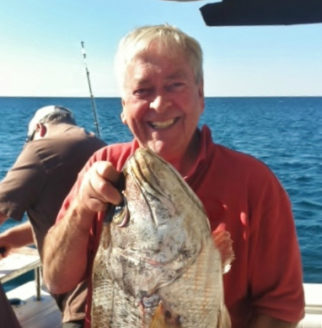 Ross started his fishing career in Mandurah as a boy and has continued on mainly crayfishing and fishing off Rottnest and with occasional holidays up north fishing at Ningaloo, Shark Bay and Exmouth. Ross volunteered to participate in decisions that will help ensure the long term future of recreational crayfishing. 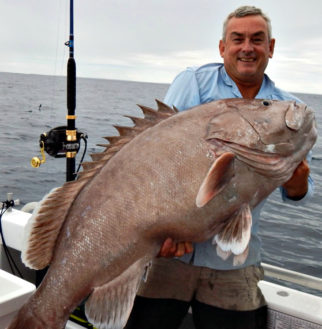 Brian has spent the vast majority of his life diving and fishing the waters of the North West, mostly recreationally but has also spent time commercially fishing and prawning. As a Life Member of the Exmouth Game Fishing Club (EGFC) and a Team Leader within the day to day work environment, Brian has a good understanding of how diverse groups of people can work together and what is needed to make things happen, both in discussion and procedurally. Brian joined the rock lobster reference group to represent recreational interests of the unique area he lives in and have a positive input into any discussions and subsequent recommendations.

Rob has lived in the Mid West for three decades and has five children with his partner Amanda. Having worked at sea all his life variously as a fisherman, charter skipper and now in the merchant marine, Rob has a special passion and interest in the Abrolhos Islands. Rob’s family are keen recfishers and this has led to him becoming more involved in “having his say” rather than sitting on the sidelines!