Recfishwest life membershp is awarded to recognise the exceptional contribution of individuals to the past, current and/or future existence of Recfishwest.

These individuals have demonstrated significant, sustained high quality service to Recfishwest that has enhanced the reputation and future of the organisation. We salute them and thank them for their exceptional and tireless dedication. 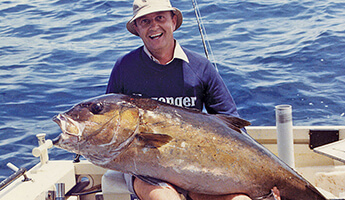 Ian has always been a keen advocate for the rights of recreational fishers, in particular securing and maintaining access to sustainable fishing opportunities. Ian has also been a strong advocate for fair resource sharing arrangements between fishing sectors as well as a supporter of effective communication on recreational fishing issues.

His experiences across various forms of fishing provided a unique perspective in establishing Recfishwest credibility among WA's recreational fishing community.

Through his strong beliefs and principles, Ian was a key driving force behind Recfishwest’s more recent governance reforms that have assisted the organisation achieve its good standing with State Government.

Norm has showed continued commitment to Recfishwest over many years. This includes serving in the role of Chairman from 2001 to 2003, where he was instrumental in laying the foundation of Recfishwest in its early years.

Norm continues to represent the interests of recreational fishers through his role on the Integrated Fisheries Allocation Advisory Committee.

Norm also continues to serve as the chair of the Recfishwest Rock Lobster Reference Group, while remaining a passionate western rock lobster fisher and is still a very committed supporter of recreational fishing. 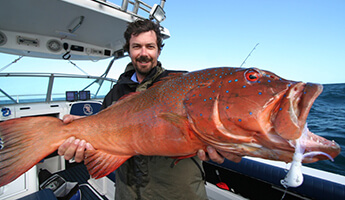 Sharing knowledge, teaching the fishers of tomorrow, showcasing what WA fishing has to offer and standing up for fishers’ rights – Ian Sewell has long been one of Recfishwest’s and WA fishing’s quiet achievers and something of an unsung hero.

At the Annual General Meeting in 2021, the Recfishwest Board bestowed Life Membership on ‘Sewelly’ in recognition of his tireless voluntary work for Recfishwest over a number of years in many different capacities.

Ian first joined the Recfishwest Board in 1999 and has since held multiple positions across four different terms as a Director.

He also served as a member of numerous Recfishwest Board sub-committees including the Finance, Audit and Risk Committee, the Communications Committee, the Nomination and Remuneration Committee and was the Deputy Chair of Recfishwest from 2010 to 2015.