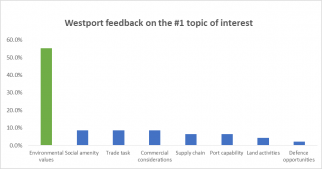 The taskforce appears to have made an assumption on behalf of the State Government that prioritises economics over the environment. The Government needs to be clear about whether they agree with Recfishwest and the community that Cockburn Sound’s precious marine environment must come first or whether they back the taskforce’s view that “commercial viability” trumps sustainability.

Late last month, Recfishwest attended a workshop hosted by the Wesport Taskforce aimed at identifying risks to recreational fishing should a decision be made to build a port facility in Cockburn Sound. END_OF_DOCUMENT_TOKEN_TO_BE_REPLACED