Recfishwest is pleased to announce that we’ve been able to deploy four FADs off Cape Naturaliste, with additional Perth Metro FADs to follow in the next couple of weeks.

Following on from the success of the three-year pilot FADs program initiated and run by Recfishwest, many fishers have been asking us when the fish aggregation devices are going to be deployed this summer.

Recfishwest submitted an in-depth report outlining the results from the pilot program to DPIRD in May 2022, along with a request for funding of the program going forward.

We have continued to press for funding to allow us to deploy the devices in the southern half of the State this summer – as our pilot program clearly established how effective and popular the FADs have been in creating fantastic new pelagic sportfishing opportunities.

In late December, we received provisional support from DPIRD for the program to go forward.

Since receiving approval to proceed we have pushed ahead as fast as we can to ensure sport fishers can make the most of the FADs this summer and autumn.

Recfishwest CEO Dr Andrew Rowland said, “Despite the disappointment at the Government’s recent west coast demersal decision, we are pleased to see a commitment to an expanded WA FADs program as part of its package to support recreational fishing.

“Having an established Statewide FADs program is a first for WA – and is a direct result from all the hard work put into the FADs pilot program by Recfishwest and local fishing champions, as well as expertise from Perth Game Fishing Club (PGFC).

“We look forward to hearing DPIRD’s plans for expanding the program in the north of the State and going forward Statewide.”

Recfishwest is also planning to deploy FADs off Mandurah and Jurien Bay for the first time, to add to the already successful Albany, Cape Naturaliste, Rockingham, Perth and Geraldton deployments in the south of the state.

Another six metro FADs will again be deployed between Rottnest and Two Rocks in water depths of between 130-350m to complement the six existing annual FADs already deployed by the Perth Game Fishing Club (PGFC), located west of Rottnest.

Recfishwest is also in talks with the Government over the FAD program rollout for the northern parts of the State.

Once settled, fishers can again expect FADs in the traditional locations of Exmouth and Broome, with plans to drop FADs for the first time off the coast of Port Hedland. We will keep you updated on any progress with these discussions.

We will continue to work hard to get the remaining FADs in the water at all locations – stay tuned to all our channels for updates.

Consider joining our cast of thousands as a Recfishwest member to help us launch more initiatives like this that create more great fishing opportunities in WA – jump on our membership page here to find out more.

For the past two summers, the popular fish aggregating devices (FADs) have created exciting new sportfishing opportunities across the State – especially for fishers in the State’s south. END_OF_DOCUMENT_TOKEN_TO_BE_REPLACED

Sportfishers in the southern half of the State are celebrating an early Christmas present by heading out to fish aggregation devices (FADs) which have now been deployed off Perth, Rockingham, Albany — and for the first time, Geraldton! END_OF_DOCUMENT_TOKEN_TO_BE_REPLACED

Many mad-keen Perth boat fishers have been asking: “when are Recfishwest’s metro fish aggregation devices (FADs) being redeployed?”. END_OF_DOCUMENT_TOKEN_TO_BE_REPLACED

How’s this for a ripper fishing photo!?

END_OF_DOCUMENT_TOKEN_TO_BE_REPLACED 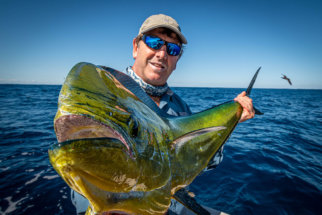 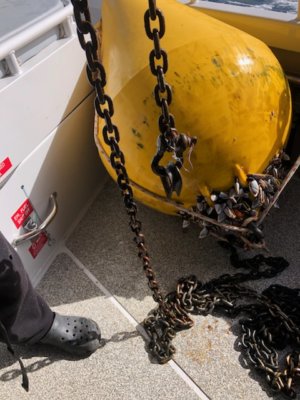