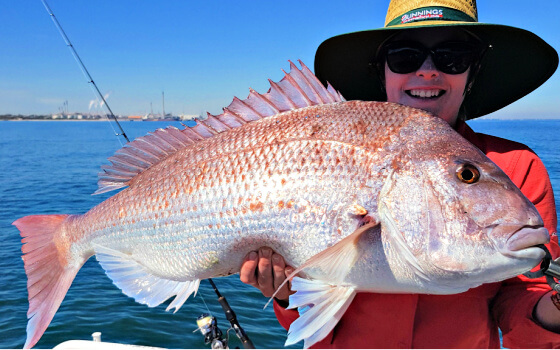 Recfishwest has long-maintained that Cockburn Sound is an important and treasured fishery for many metropolitan fishers. Read the 20-year timeline below of our fight to protect the  fishery on Perth’s doorstep.

Recfishwest made a submission on James Point Live holding facility proposal opposing the proposal the grounds the proponent had not adequately consider cumulative impacts of developments in Cockburn Sound as recommended by Environmental Protection Authority.  Recfishwest considered the proposal would unquestionably harm the environment of Cockburn Sound and this is something we could not support.

Recfishwest’s submission to the EPA in relation to Cockburn Cement’s Long-Term Shells and Dredging Owen Anchorage Environmental Review and Management Program highlighted our concern over the impact dredging and seagrass removal would have on fish stocks and recreational fishing quality. We questioned the prospect of successfully colonising seagrass by transplantation to offset seagrass loss given the historical failure of successful transplantation programs in the past.

Recfishwest wrote to the Minister for Environment and Heritage asking to appeal against the EPA assessment of James Point Stage One Port in Kwinana on the grounds the EPA had not adequately dealt with the impact of the proposal on marine biota and habitats. We highlighted how clearly defined environmental impact on near shore marine habitat, particularly the filling or dredging of 17 hectares of valuable shallow water was ignored.

Recfishwest’s submission to the Environmental Protection Authority in relation to a proposed international container facility at James Point highlighted the failure of the Environmental Scoping Document to sufficiently define the impact the proposal would have on fish populations, particularly to juvenile recruitment of recreationally important species.

A large fish kill in Cockburn Sound prompted Recfishwest to question what caused such a disastrous event.

Recfishwest called on the State Government to get to the bottom of a big-scale fish kill in Cockburn Sound and arranged crowdfunding to grow and release pink snapper back into the Sound.

The second Snapper Guardians was held, with hundreds of mums, dads, kids, grandparents and fishing lovers attending to release 3,000 juvenile snapper. It followed the 47,000 pink snapper that were released two weeks prior to the Snapper Guardians fish release. Find out more about the event here.

Recfishwest attended a workshop hosted by the Westport Taskforce aimed at identifying risks to recreational fishing should a decision be made to build a port facility in Cockburn Sound. The workshop was attended by interested fishers who were given an opportunity to raise concerns and identify risks posed by any proposed development. Check out the article we wrote earlier here.

Following 2018’s pink snapper spawning season in the Cockburn and Warnbro sounds, Recfishwest was concerned about the effectiveness of the existing rules in providing adequate protection for spawning pink snapper. Find out about the changes in management here.

Recfishwest called for an urgent review into how the Westport Taskforce determined its five options for the future of the WA freight trade. Recfishwest maintained the Taskforce went against the community’s wishes and placed “commercial viability” of any port development way above the environmental impact on the Sound. Read more about this article here.

The Westport Taskforce released a project update spruiking Westport’s environmental credentials. The report contained a number of claims that Recfishwest believed were not accurate and we called them on it. Read more here about these claims here.

Recfishwest wrote to the Ports Minister Alannah MacTiernan outlining our concern that we cannot see how our input has been incorporated into the decision-making process of the Taskforce.  We informed Minister MacTiernan that many in the recreational fishing community feel their concerns have not been adequately considered, weighted or addressed throughout this process.  Consequently, the process is not trusted by many in the fishing community and the perception has developed that the Westport Taskforce is simply delivering a predetermined outcome.