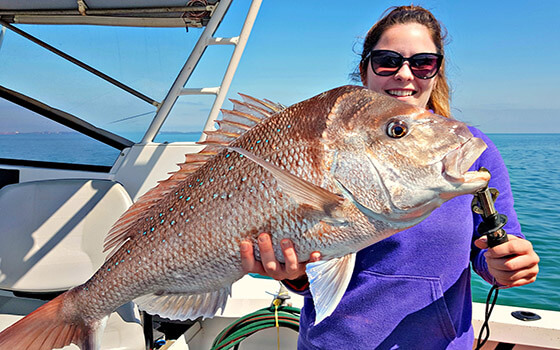 For many metropolitan fishers, Cockburn Sound is an important and treasured fishery on the city’s doorstep.

The easily accessible and safe location provides thousands of fishers – particularly those in small boats or kayaks – the chance to target pink snapper, squid and bread-and-butter species, such as herring, in Perth’s aquatic backyard.

The Sound is home to the only known pink snapper spawning aggerations in the West Coast Bioregion, and these breeding aggregations support snapper stocks right along the lower west coast.

However, Cockburn Sound has been in a long-term state of decline and according to University of Western Australia findings the Sound lost almost 80 per cent of its seagrass meadows between 1960s and 1980s falling from about 4,000ha to less than 900ha.

These seagrass meadows still have not recovered and any future developments in the Sound will place further pressures on this system, likely kill much of what little seagrass if left and leave the sound as a baron shadow of its former self.

Cockburn Sound has already lost an area of seagrass equivalent to more than 1,800 Optus Stadium ovals and this poses severe implications for the area’s juvenile fish, including pink snapper.

To address the seagrass loss, Recfishwest teamed up with OzFish and the University of WA to support the Seeds For Snapper program through the Recreational Fishing Initiatives Fund.

The current RFIF project is looking at a new and innovative way of restoring Cockburn Sound’s lost seagrass, however, there is a lot of work that needs to be done before we even get close to replacing what we have lost.

Fishers and divers help with seagrass seeds collection, placing seeds in tanks with circulating seawater to separate the seed and dispersing seeds in predetermined locations within the Sound.  Seeds are scheduled to be dispersed again in November.

OzFish Senior Program Manager Andrew Matthews said seagrass was a haven for pink snapper offspring, providing food and safety to the small fish which relied on the seagrass for their survival.

“Cockburn Sound’s seagrass meadows are very important nursery grounds for pink snapper and plenty of other species,” he said.

“The project is an effective community-based restoration effort, with more than 80 registered divers signed-up to help disperse the seeds to promote the seagrass growth.”

Seagrass restoration is only one of the ways Recfishwest is making efforts to restore Cockburn Sound’s health. Recfishwest has a long history of fighting to protect Cockburn Sound, we were a driving force behind the creation of the Cockburn Sound Management Council and have been a foundation member on the council since its inception.

We run the popular Snapper Guardians program each year, which was set up in response to the devastating 2015 pink snapper kill in the Sound. In addition, we are foundation members of the Cockburn Sound Management Council and instrumental in its creation.

Watch the video from this year’s Snapper Guardians event

As Cockburn Sound is in an already degraded state the State Government must do more to improve Cockburn Sound’s marine environment. Any proposed developments must not use the current state of the Sound as a benchmark that needs to be maintained as it is still recovering from decades of abuse.

Proposals that reduce fish habitats and abundances or developments that restrict people’s right to access this great fishery will be opposed. The Sound is worth fighting for, it always has been and it always will be, and Recfishwest will always be on the frontline in that fight.