As much of the WA fishing community is aware, the north-west of Western Australia has both productive fisheries and extensive offshore oil and gas infrastructure.

These structures support a range of demersal and pelagic fish that have all the ingredients for world class fishing but are often within no-fishing zones due to oil and gas exclusions.

As discussed in the latest article from editor of Western Angler Magazine, Scott Coghlan, there are some great opportunities that could benefit the fishers and divers of WA by repurposing offshore oil and gas structures into artificial reefs. Read what Scott had to say here.

Recfishwest would rather see offshore infrastructure retained and enhanced to form thriving marine habitats to help build resilience in our oceans and provide communities with more fishing opportunities for many years to come.

The following survey link is a great opportunity to quantify how important these structures are to fishing and diving and to highlight why they should be retained and enhanced.

Also anyone who fishers off any of WA’s jetties, piers or platforms are asked to complete the survey and demonstrate the value these structures are to your fishing.

Everyone who completes the survey will also go in the draw to win one of three $750 visa cards that are up for grabs.

The top banner image is of the Key Biscayne which is an example of a rig that is now a world-class dive site and exceptional fishing location after it was lost in a storm on route to Fremantle in 1983 and now rests in 42m of water, 20km south-west from Lancelin. Picture from ImageDive.com

Department of Primary Industries and Regional Development (DPIRD) in conjunction with Recfishwest, will be investigating the benefits of stocking juvenile Marron into recreational dams in Western 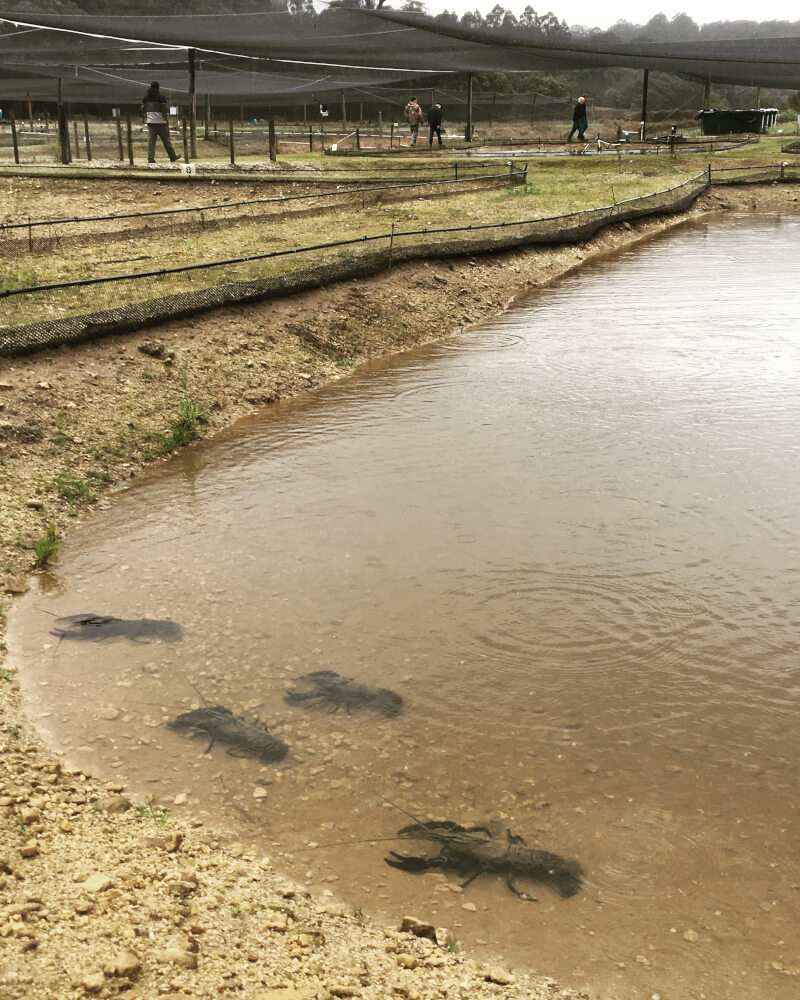 Staff at the Pemberton Freshwater Research Centre (PFRC) have begun a new captured Marron breeding program.  This program is based on recent advice provided from a Marron research project conducted by Ecotone and funded by the Commonwealth Government through the Fisheries Research and Development Corporation (FRDC) that looked at ways to improve the sustainability of WA’s iconic Marron fishery.

If the captured Marron breeding program is successful, a trial stocking program is planned which will see thousands of tiny “craylings” (juvenile Marron) released into Harvey Dam, a popular recreational Marron fishing location, only one and half hours South of Perth.

FACT FILE:
• Number of recreational Marron licenses 2016 season was 11,366.
• Wellington Dam and Harvey Dam are the most popular fishing locations.
• The estimated 20,000 individual days of marroning in regional locations provide a significant economic boost to regional towns in the South-West.
• In 2015 fishers caught an estimated 70,000 Marron despite research showing more than 100,000 Marron could have been sustainably harvested during this period.
• Research and development is focussed on improving the resilience of the fishery whilst enhancing the experience of the States many marroners.

The Fisheries Research and Development Corporation (FRDC) is making a public call for Expressions of Interest (EOI) for research project funding that address a range of priority areas. http://www.frdc.com.au/Research/Call-for-applications

Given the public nature of marine resources the Federal Government has agreed to also invest a further $2 for every $1 from industry for assist funding research proposals that have a significant benefit to the broader public good.

A proportion of the funds raised from industry (and matching funds from government) are allocated on a state-by-state basis and invested back into industry through approved research project funding.

General research priority areas have been identified by the fishing sectors and are set out within the WA Research Advisory Committee R&D Plan 2016-2020. A copy of this plan can be obtained at: http://frdc.com.au/Partners/Research-Advisory-Committees/WA-RAC

Specific R&D priority areas for the November 2017 call for expressions of interest will be published shortly on the following site: http://frdc.com.au/Partners/Research-Advisory-Committees/WA-RAC’

Expressions of Interest must be submitted by the 15th of February 2018. EOIs not submitted by this date may not be accepted unless prior approval for a later submission date is provided by the FRDC.

A description of how to Apply for Funding by submitting a research project proposal (known as an Expression of Interest) can be viewed on the FRDC website at the following link: http://www.frdc.com.au/Research/Apply-for-funding

West Australians will once again have reason to celebrate as an additional 400,000 Western School Prawns were released in the Swan and Canning rivers last week bringing the total number of prawns released since 2013 to four million.

Although the prawns released now are only small (3 mm), they will grow and breed by around Christmas this year and help in the future sustainability of the population.  Recreational fishing for the iconic Western School Prawn had all but disappeared as prawn numbers had fallen to record low levels. Then a three-year project partly funded using recreational fishing licence money through the Recreational Fishing Initiative Fund led to the development of world first spawning techniques and the stocking of 2.5 million prawns.

Last year an addition investment of recreational fishing licence money capitalised on the great work from the original project and resulted in an additional 1.5 million prawns being stocked in the Swan and Canning rivers this summer.

“We want people to reconnect with the Swan and Canning rivers which are arguably the most important estuary systems for recreational fishing in WA and we are excited to see recreational fishing licence money being invested to produce tangible benefits for the community” Dr Rowland said.

Murdoch University’s Dr James Tweedley was ecstatic with the results of the project including the positive response from the community, who now can be seen prawning on the river most nights during summer.

“During this project our research team have put in over 3,000 hours on the rivers monitoring prawn numbers monthly across 36 sites, determining when and where they breed but also looking which predators eat the newly released prawns to help maximise survival rates,” Dr Tweedley said.

“Our findings suggest that, contrary to popular belief, the dreaded Blowfish is not a significant predator of the juvenile school prawns, but rather the little known, but aptly named, ‘Gobble Guts’ seems to find the prawns particularly tasty.

“Last weeks’ midday release in the Canning River was selected as Gobble Guts are less abundant here and also less active during daylight. We are trying to use good science and research to maximise the survival of these prawns” Dr Tweedley said.