Fishing for bottom fish in the West Coast Bioregion has begun and many will be able to enjoy the quintessential West Aussie experience of getting out on the water fishing with families and friends and catching a top-quality feed of dhufish, baldies or snapper.

Under the recently announced management changes, fishers will have six weeks to enjoy their fishing until a new February-March closure comes into effect coinciding with part of the peak dhufish spawning period.

Recfishwest recommended better protection of spawning dhufish as part of measures to speed up the recovery after receiving thousands of fishers’ views and advice from our West Coast Demersal Expert Working Group.

The strong support for this measure has reflected on the level of care fishers have for these iconic fish.

The February/March closure will only apply to recreational fishers with many in the fishing community questioning the logic of this closure not applying to all sectors.

The only reason publicly given for this decision appears on a frequently asked questions document on the Fisheries website, which says, “A targeted spawning closure for dhufish is not proposed as there are currently no known large spawning aggregations of dhufish in the West Coast Bioregion. Targeted spawning closures benefit species that aggregate in some form and experience higher catchability during peak spawning compared to outside the spawning period.”

CEO Dr Andrew Rowland has highlighted the apparent inconsistency between this statement, multiple pieces of scientific research and fishers’ experience.

“Given every fisher knows dhufish aggerate to spawn over summer and there are numerous published studies by the Department’s own scientific experts that confirm the existence of these aggregations, this response makes little sense,” said Dr Rowland. “Just because dhufish aggregations are not as big as snapper aggregations in Cockburn Sound, it does not mean they are any less important.”

Fisheries scientists freely admit dhufish form spawning aggregations and suggest they are more vulnerable to fishing activity during this time. For example, a 2014 study by leading Fisheries scientists stated “… commercial fishing for West Australian dhufish in the South-West area occurs largely on fish that are aggregating to spawn in a relatively restricted part of that management area in the austral summer”. This is just one of many peer-reviewed scientific references supporting the existence of dhufish aggregations.

“If the Government truly cares about ensuring the sustainability of demersal fish between Augusta and Kalbarri, they need to explain why they do not support better protection for spawning dhufish,” said Dr Rowland. 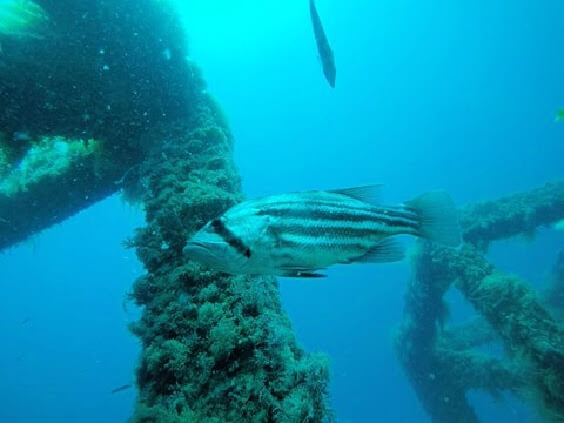 “The efforts of recreational fishers to give spawning dhufish a break will be largely wasted if the Government continues to allow others to target these same fish.

“This issue points to a fundamental inequity in the way this fishery has been managed for decades and it’s too important for old and embedded sectoral favouritism to continue to underpin management decisions.

“As a sector with a strong track-record in safeguarding fish stocks for the future and in driving fish spawning closures – we have a right to expect clarity on why aggregations of snapper and baldchin should be protected, but aggregations of dhufish shouldn’t.

“We will continue to make this case to the Government and ensure that the commercial licence buy-back scheme announced by the Minister is implemented quickly, efficiently and in a way that can at last meet community expectations of equitable management.”

As part of NAIDOC week celebrations, Recfishwest recognises the strength, resilience, knowledge and capacity of Traditional Owners in managing and caring for the land and sea.

This week’s NAIDOC theme is to “get up, stand up and show up” to support and secure institutional, structural, collaborative and cooperative reforms.

“We recognise that Aboriginal and Torres Strait Islander peoples have a very strong connection to country that is central to their culture,” said CEO Dr Andrew Rowland, “and their knowledge of seasonal cycles of sea country and aquatic environments has been built up over thousands of years.

“This places them in a strong position to be able to protect and manage sea country and healthy fish populations through management approaches that integrate this knowledge.

“Traditional Owners must be given a greater opportunity to take a leadership role when it comes to the management of WA’s aquatic habitats and fisheries.

“This means fisheries management systems and research frameworks must better incorporate the rights, interests, aspirations, and culture of traditional owners.

“It means new structures and processes for better representation as well as pathways to deliver on-ground fisheries-related activities such as education, compliance, monitoring and research.

“Fishers and Traditional Owners share many fishing and conservation values and we look forward to collaborating further around areas of mutual interest in the months and years ahead.”

Each of these groups is doing great work looking afters some of special places important to WA fishers.

Do you love fishing? Do you have a passion for making a difference in your community? Do you believe Western Australia should have the best fishing found anywhere in the world? Do you want to influence fisheries management in WA?

If so, we want to hear from you!

Recfishwest believes WA can offer the best fishing experiences found anywhere in the world, and the team is passionate about offering positions on the Next Wave Future Leaders team for driven individuals who are willing to commit to ensuring this vision is reached.

If you want to get involved, you should:

Being part of the NextWave team is challenging, exciting, sometimes confronting, but ultimately extremely rewarding.

Previous participants in this program have gone onto achieve great things in fisheries management.  Many now occupy roles in the recreational fishing sector and many future opportunities exist for the right people who are committed to making a difference.

Personal and professional leadership skill development assisted us in learning how to interpret and utilise the knowledge and skills we learnt to make changes and enhance fishing in WA.

“This course not only taught me valuable information about the fish and hobby I love, but created a great new network of friends and opened a door to a career in recreational fishing,” Nick Drummond, who now works at Triple 8 Abalone Hatchery in Bremer Bay, said.

“This program unearths young talent to help further our commitment to protect and develop sustainable, enjoyable and safe fishing for all West Australians.”

If you are as passionate about fishing as we are, call Matt at Recfishwest on 9246 3366 to discuss the available positions and application process. 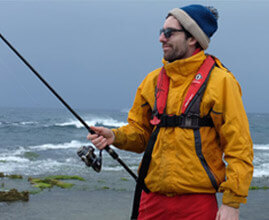