The Department of Health (DoH) has extended its warning regarding the toxic Alexandrium algal bloom in the Swan and Canning rivers.  DoH is advising people not to eat fish, crabs or shellfish collected from within:

In their latest media release the DoH advises:

“The algal bloom warning area is significant, with buffer zones built in as a precaution. Toxin testing in December and mid-January confirmed that some mussel samples collected in the affected area exceeded the comparable food safety guideline level.

“Crabs tested did not exceed this level but higher Alexandrium concentrations in both the Swan and Canning rivers over the last month are likely to result in increasing toxin levels. Additional testing is underway to better determine how this alga affects fish, crabs and shellfish.

“The ingestion of toxins produced by this microscopic species of algae can produce a type of poisoning known as paralytic shellfish poisoning (PSP). Cooking does not destroy these toxins.”

You can read the full DoH media release here.

Recfishwest will keep you updated on developments and we will continue to ask the Department of Biodiversity, Conservation and Attractions questions about the bloom and what is being done to tackle it.

More info on the bloom can be found in these FAQs 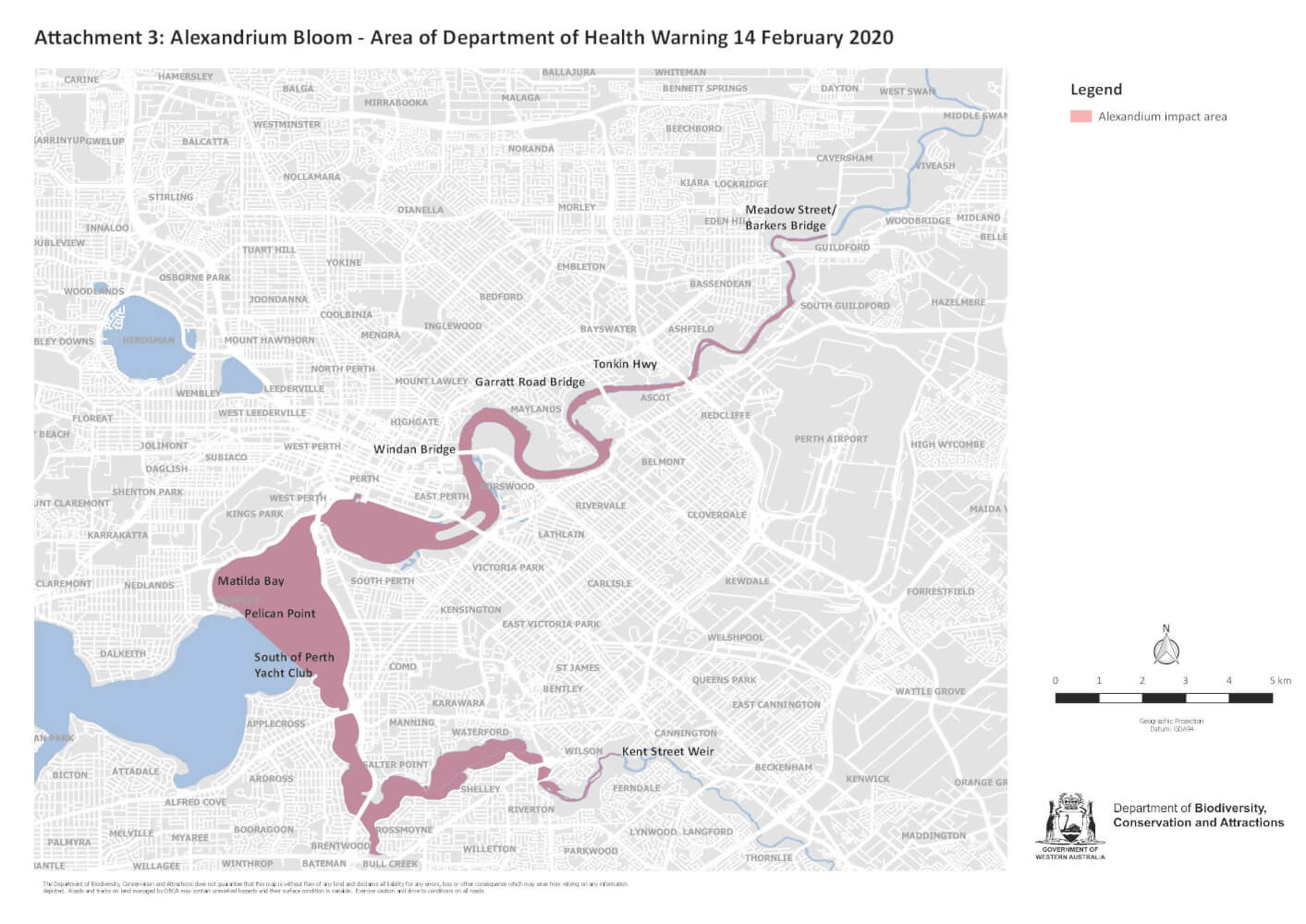 The algal bloom warning for the Swan and Canning river systems remain in place.

Fish, crabs or shellfish from within the waterways outlined in the map below should not be consumed due to the potentially toxic Alexandrium algae. This algal bloom was originally issued before Christmas and doesn’t appear to be clearing as of yet. This continues to be alarming and there still remains little information around what caused the previous bloom.

Recfishwest will keep you updated on developments and we will continue to ask DBCA questions about the bloom and what is being done to tackle it.

The Department of Health has updated its toxic algal bloom warning to include parts of the Canning River.

Recent testing by the Department of Biodiversity, Conservation and Attractions (DBCA) has now identified elevated levels of the same, potentially toxic Alexandrium algae in the Canning River and the health warning has been extended to the area from the South of Perth Yacht Club to Como Jetty and upstream to Kent Street Weir. 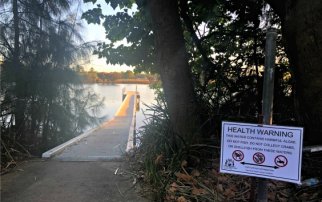 The algae detected by Department of Biodiversity, Conservation and Attractions  (DBCA) water sampling is the same as the one detected at elevated levels between February and May last year and can cause paralytic shellfish poisoning (PSP) in humans leading to symptoms including nausea and vomiting, headaches, blurred and/or double vision, loss of balance, difficulty in swallowing and breathing.

This latest algal bloom at a time of many of us are fishing in the river is obviously very alarming – particularly because there was little information around what caused the previous bloom.

Rest assured, Recfishwest will keep you updated on developments and we are seeking answers from DBCA to a number of questions including:

Thousands of recfishers fish in the Swan, one of the most important fishing locations in the metro, and we will be doing all we can to make sure this fantastic estuarine environment is properly looked after and protected.