Following the launch of our trial FADs network back in November last year, we are getting excited to be in a position to deploy four new FADs off Exmouth opening up more fantastic fishing opportunities for local and visiting boat fishers.

We were very close to rolling this latest round of FADs in our Statewide network – but with cyclonic conditions forecast in the north of the State, we took the decision to hang fire until the weather conditions settled. 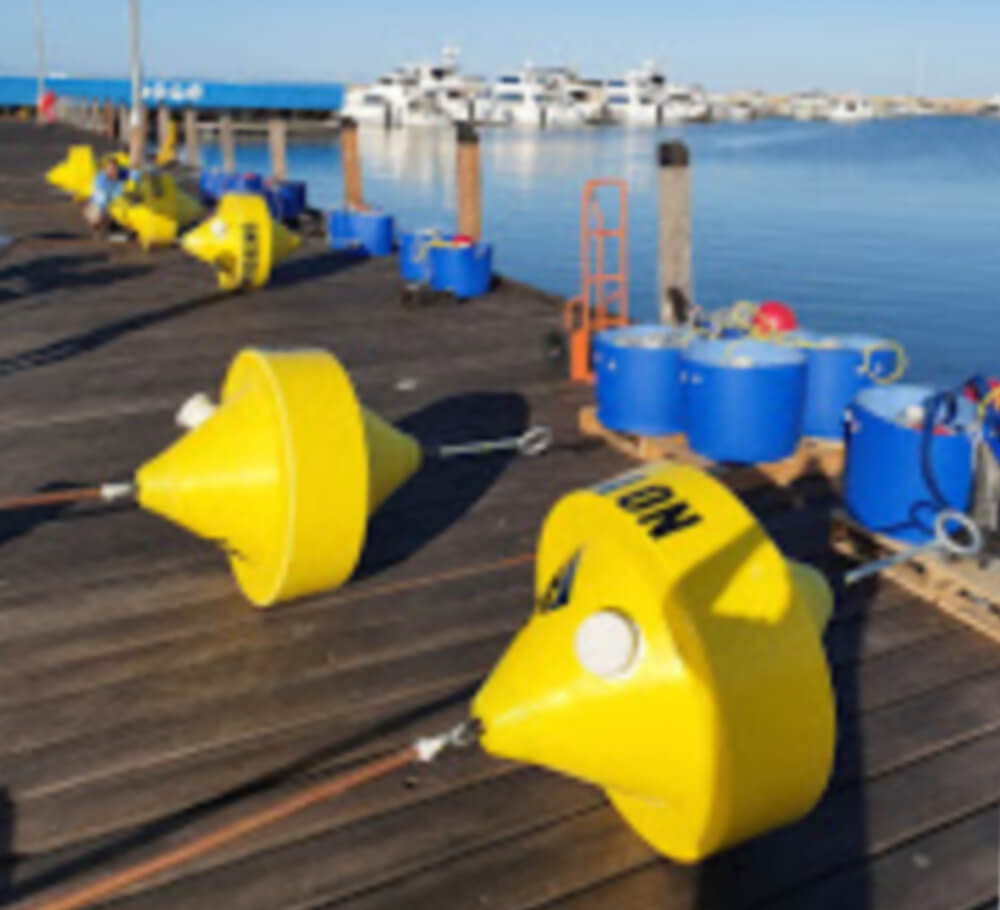 But everything is in place and once the conditions are favourable, deployment will go ahead with the new FADs catering for those who intend to target a range of highly-sought after pelagic species. 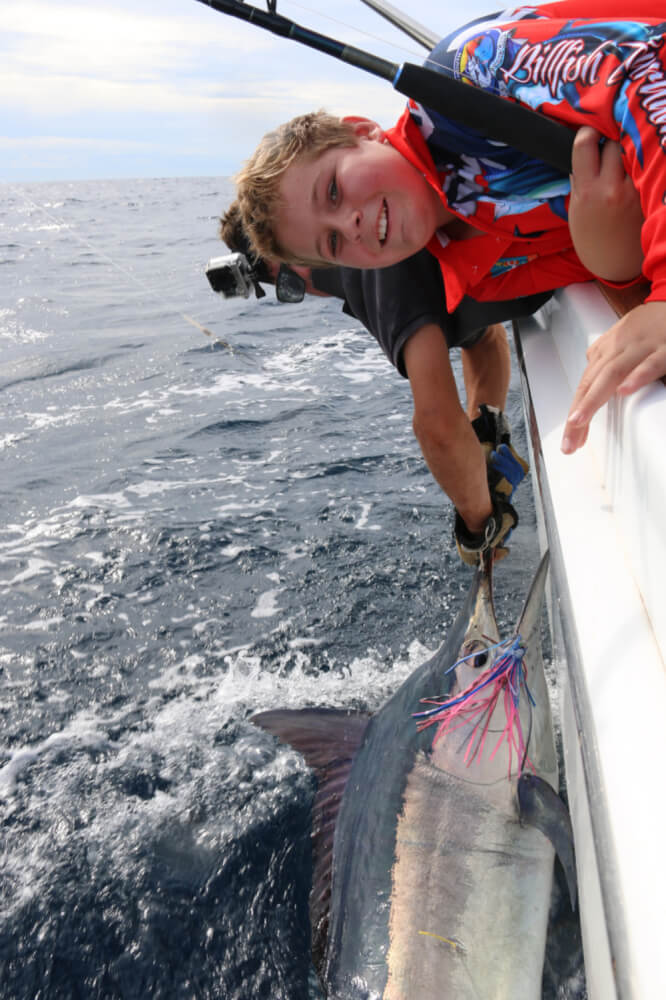 The Exmouth FADs deployment has been a long-time coming, with the community asking for them for a number of years and it’s another example of how recfishing licence fees can be used to create fantastic new sports fishing opportunities aggregating abundant schools of fast-growing, spectacular-fighting pelagic species.

Delivering on our FADs promise

We promised a trial State-wide FADs network and that’s exactly what we’re delivering- once they go in off Exmouth, we’ll have deployed FADs in four different locations in the southern half of the State (off the north metro, south west of Rotto, Cape Naturaliste and Albany) and Exmouth in the north, with Geraldton and Broome to follow soon.

We have also received positive reports from fishers in the south, with fish, mostly dolphinfish being caught off both the Albany and Cape Naturaliste FADs. The Perth metro FADs are also firing, with plenty of fishers getting amongst the action and landing some great dolphinfish and tuna.

This FAD program was always designed as a trial. We’ve deployed different types of FADs in different locations to assess their suitability. Unfortunately, this has meant some break-off’s. Currently, we have had two FADs break away from Albany, one of which has been replaced in a more suitable location, and one break away from south west of Rottnest, which has yet to be replaced.

Due to all our FADs having trackers placed inside them, we are able to track wayward FADs, and when conditions are suitable, we’re able to recover them with the assistance of Western Angler editor Scott Coghlan and some of our supporters in the region – thanks, guys – your efforts were greatly appreciated! We will continue to refine locations and the design of these FADs to improve their ability to aggregate fish, but to also improve their robustness. This enables them to be deployed for longer periods of time, even in particularly heavy seas, such as those experienced along the south coast.

By the time you read this article, Recfishwest will be closer to deploying FADs off Geraldton and Broome. We plan on deploying one FAD closer inshore to Geraldton and the remaining three, west of the Abrolhos Islands, in the hope of attracting larger gamefish. The Broome FADs in particular are somewhat of an experiment, as we’re deploying them in shallow water, relatively close to shore making them easily accessible to fishers in all boat sizes including tinnies. This presents the tantalising prospect of opening up some great bait-holding potential to enhance fishing action for pelagic species within just a quick run-out from the shore.

Want to be in the mix to win a Shimano Stella 4000 in our fabulous FADs photo comp?  We have made the entry conditions as easy as possible so more of you can enter and be in for the running for this top of the line reel, which is also perfect for taming any small to medium-sized pelagics you might encounter while fishing the FADs. This competition will be running till June 30 and includes all FADs deployed across Western Australia.

So, here are some basic rules and what you need to send us to be in the running:

Email in your high-quality pictures to aaron@recfishwest.org.au

Now – it’s over to you – get out there, give the FADS a crack and let us know how you go – we’d love to hear from you and see some of your pics of prized catches on the new FADs.