Recfishwest recently joined the team from the Australian Centre for Applied Aquaculture and Research (ACAAR) on their mission to collect fertilised snapper eggs for this summer’s Snapper Guardian’s project.

Check out the video below to see some of the action as it happened.

Pink Snapper are found throughout the world, however, in the West Coast bioregion of Western Australia, there are a few particularly special locations that we rely on every year to ensure the future of the wild stock for this species. Cockburn and Warnbro sounds are the largest and most important spawning grounds for Pink Snapper in the entire West Coast bioregion and the health of these systems has a close linkage to the ongoing health of the wild stock of this species. 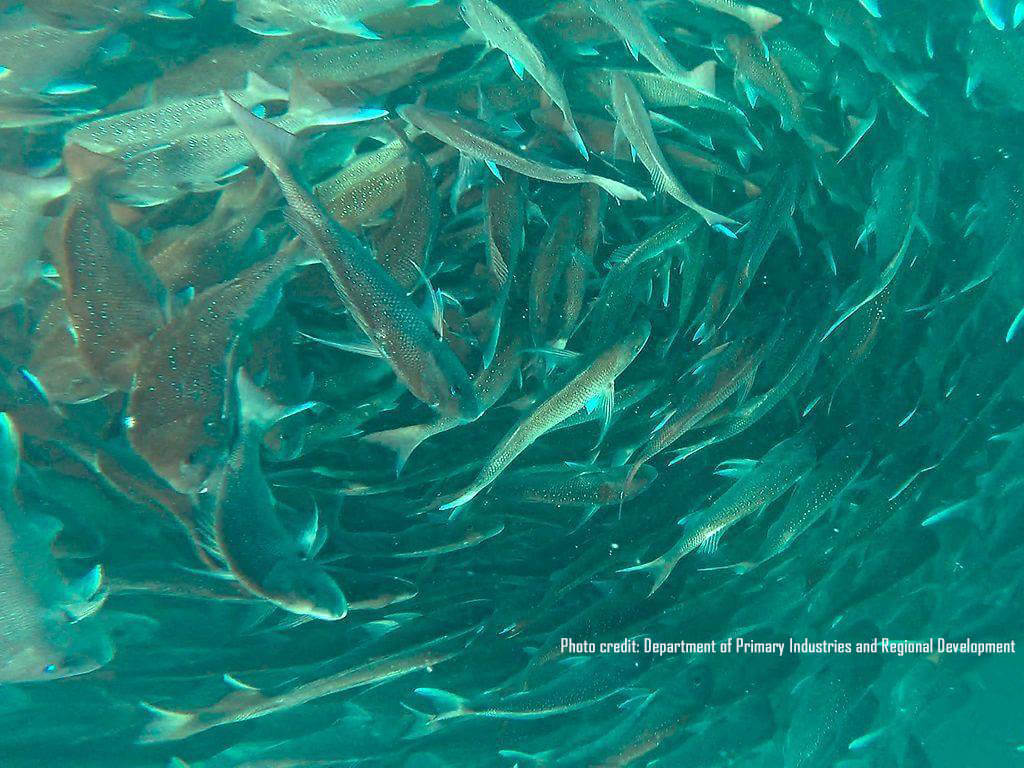 While all spawning in the same location makes for simple protection of spawning snapper (the closure in the sounds protects spawning snapper from 1 October – 31 January), for these fish, releasing all their eggs in one location does have the potential to be a risky strategy.

For any fish egg to hatch, and survive all the way to adulthood is a struggle against the forces of nature. For Pink Snapper, in particular, it’s the first few months when the eggs are most vulnerable. Whether a Snapper egg hatches and survives these first few perilous months is almost completely dependent upon the environmental conditions. Most years, unfortunately, the environmental conditions aren’t quite right and only a small number of snapper actually hatch and survive. Luckily there are a few times every decade when the perfect conditions line up with spawning time and there is a boom year with a huge number of snapper hatching and surviving.

The strategy to spawn all in the one location and the huge natural variations in their spawning success, coupled with the fact that the Pink Snapper stock is still in a recovery phase, means these snapper are literally putting all their eggs in the one basket…

Given the importance of Pink Snapper to Western Australian fishers and knowing the risks associated with their spawning strategy, there was an investment in 2015 into a trial project to see if it was possible to create a Pink Snapper insurance policy. The idea behind the trial was to test if it was possible to collect a very small number of eggs from the wild (the amount spawned by only two or three snapper) and grow them large enough to potentially release, plus test the genetics to ensure they would reflect that of the natural population.

If this trial was successful (as it was), then it would provide an insurance policy in case something happened or the conditions turned out to be unfavourable for their survival in the sound year after year. The idea was that once these insurance snapper were to reach a size where they were no longer dependent on favourable environmental conditions to survive, they could then be released back into the wild to support the natural recovery of this species.  As with all insurance policies, you hope you never have to use them, however in 2015 there was a large fish kill in Cockburn Sound and the insurance policy was called upon in its first year.

The trial project proved to be a success and is now known as Snapper Guardians and has been running for three years. Over the last few weeks, the staff from ACAAR have been out working into the late hours of the night to try and to collect just enough eggs to create this year’s supply of insurance snapper. The good news is, it looks like they have been able to collect enough eggs to again begin running Snapper Guardians. The latest news is that snapper eggs have just hatched and are being carefully reared at their hatchery in Fremantle.

The plan this year is to again release the snapper back into the wild once they are big enough to survive on their own. Stay tuned for more details on how you can lend a hand in the community release day early next year.

Fact file
• The Snapper Guardians program has already released 100,000 baby Pink Snapper back into the wild.
• The original trial project was funded through the Recreational Fishing Initiatives fund and was run by ACAAR with support from the Department of Primary Industries and Regional Development and Recfishwest.
• In 2016 the WA State Government committed funds to continue the program running for two years.