Q. Is fishing a recommended activity now that some restrictions are being lifted?

A. Yes, very much so – with home isolation now well and truly lifted, it’s a great time to get you and the kids out for a break reconnecting with the great outdoors in this glorious State of ours in the fresh air enjoying all the wellbeing benefits recfishing provides. We also recommend travelling to regional fishing locations now that some regional travel restrictions have been lifted. Increased fishing activity will help boost the State and regional economy with recfishers normally spending $2.4 billion a year on fishing of which $1.8 billion is spent on fishing trips. But we need to remember that we’re not out of the woods yet and you can play your part in helping get rid of COVID-19 in WA, by continuing to adhere to social distancing rules maintaining 2sqm between yourselves and non-family members, practising good hygiene behaviour and avoiding gatherings of more than 20 people (for example when fishing on jetties).

A. From 6 June travel is permitted throughout all of Western Australia, including into the Kimberley region. Access into remote Aboriginal communities remains prohibited.

Q. When I go fishing, how can I make sure there is less risk of me catching and/or spreading COVID-19?

A. Social distancing rules for outdoors state that you must maintain 2sqm between yourself and another person during non-essential activities and non-essential gatherings are limited to 20 people. The 2sqm rule applies to boat and land-based fishing. It does not apply to members of the same household. If boating with anyone that you do not reside with, ensure you maintain social distancing (at least 2sqm apart). Other things we strongly advise you do to minimise risk of infection/spreading infection include:

Q. Is there any specific advice about boating?

Q. What is Recfishwest doing during the COVID-19 crisis?

A. Recfishing will be more important that ever after this crisis is over for people’s mental health and wellbeing and to help boost the State and regional economies – recfishers spend $2.4 billion a year on fishing – much of which is spent in the regions. During the crisis we will be working hard to progress projects that will make recfishing better in line with our stated purpose, “To ensure great fishing experiences for all in the WA community forever”. The more we can progress initiatives to remove barriers to fishing, enhance current fishing opportunities and create new fishing options working closely with Government, the more recfishing can play a vital role in the recovery of this great State of ours. 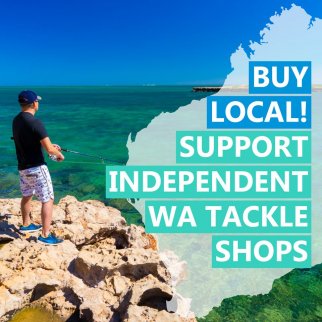 Q. What can we do to support our local tackle store and the charter industry?

Following the 2018/19 State Budget, all recreational fishing licence fees will increase by $5 from 1 July. END_OF_DOCUMENT_TOKEN_TO_BE_REPLACED

Despite promising no surprises in this year’s budget, recreational fishers will be in for an unpleasant surprise when they come to renew their fishing licences after another $5 increase in the cost of each of the fishing licences was announced.

This is the second $5 rise in fishing licence fees in the past 12 months.

Recfishwest do not support these increases, we were not consulted about them, we don’t believe they are necessary and we have not been advised how the additional money will be used.

“If revenue is a genuine concern to Government, we believe there are far better options to assist with the cost of managing recreational fishing, such as addressing known inefficiencies in the current recreational fishing budget, reviewing the entire licence framework, or investing in projects to increase participation rates in licenced fisheries,” he said.

“Increasing recreational fishing licence fees should not be the first option considered.  Not many businesses would survive if they simply looked to raise prices every time they wanted more money.”

“I don’t know of any other group that contributes so much towards managing their recreational activity and unfortunately as costs have gone up, the service that is being provided has gone down,” he said.

In the past 12 months recreational fishing priority projects have been delayed, reviews of important recreational fisheries have stalled, management changes to improve fishing are not being progressed and now when someone buys a fishing licence they are not provided with a rule book to help them understand what they are and are not allowed to do.

“Any increase in fees should be accompanied by an equivalent increase in service,” Leyland said.

“This did not happen last time the government raised fees and there is no reason to believe service will improve with the new fee increases.”

Recfishwest fears participation rates could even fall as many people are now likely to think twice about whether they can afford to go fishing or worse, they may choose to fish without a licence placing them in danger of prosecution.

Although the Minister has promised there will be no more increases in licence fees during this term of Government this promise will be of no comfort to fishers who were already paying the highest recreational fishing fees in the country.