We have been working closely with local fishing clubs to develop and deploy additional FADs off Perth metro and off Albany, Cape Naturaliste, Geraldton, Exmouth and Broome as part of a three-year trial program.

If you’re in any doubt about why this is fantastic news for WA’s boat fishers – check out this awesome footage of TackleWest’s Luke Ryan and his mate doing battle with dolphinfish on the existing Perth FADs.

WATCH SOME AWESOME FADs FISHING OFF PERTH BELOW

More than a passing FAD – FADs for the future

We’re sure that’s got you drooling and yesterday’s announcement will make new and exciting fishing options for these species along with billfish and tuna for metro fishers, and those fishing out of regional WA centres.

Those north of Perth can also expect mackerel in the mix on the FADs as well.

Funded by recfishing licence fees through the Recreational Fishing Initiatives Fund (RFIF), this is exactly how RFIF funds can be spent – as seed money to test ground-breaking projects. These are projects that create great fishing opportunities and for which there is high demand and support within the recfishing community.

As a result, we’re really excited to be able to deliver this trial program, build our understanding and expertise in this space and be in a stronger position to source future investment in FADs from recfishing licence money and, potentially, from industry sponsors.

A long road worth travelling

It’s been a long journey and we’ve had to wade through a mess of red tape and push hard uphill all the way, but finally we’re here – new FADs ready to go in off Albany and Cape Naturaliste in the next couple of weeks. 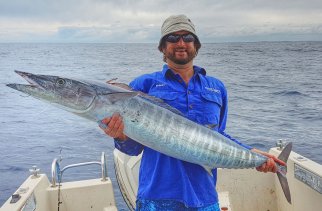 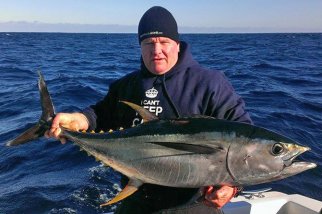 Also in the next couple of weeks, we’re deploying extra FADs off the metro, west of Rotto, to complement the existing ones already there every year by the Perth Game Fishing Club (PGFC), along with four new ones that will be readily accessible to those launching from northern suburbs boat ramps.

All up, that’ll bring the total number of FADs in the Metro to 12.

We’d like to give special mention and thanks here to the PGFC and their President, Peter Coote, whose 20 years of FADs’ experience has been invaluable in helping us to develop the trial program and maximise the benefits to recfishers.

We also thank the many fishing clubs, tackle stores and individuals in the regions with whom we have consulted on developing this program for their time and local knowledge they have shared with us.

In early 2020, we plan to deploy a further four FADs each off Geraldton, Exmouth and Broome. The Broome FADs particularly are something of an experiment, as we’re deploying them in shallow water, relatively close inshore making them easily accessible to fisheries in all  boat sizes including tinnies. This presents the tantalising prospect of opening up some great bait-holding potential to enhance fishing action for pelagic species within just a quick run-out from the shore.

So, once they’re in, get out there and have a crack and let us know how you go.

READ WHAT THE MINISTER HAD TO SAY HERE 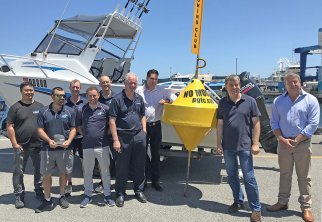