The old Ammo Jetty is one of Perth’s most iconic fishing spots, with generations of metro fishers wetting a line from the structure for more than 30 years.

From bread-and-butter species, to casting lures at moving salmon schools during the annual autumn migration to ballooning for metro Spanish mackerels, the Ammo Jetty offers some of the best and most accessible land-based fishing there is in the metro.

That’s why the State Government’s almost $10 million makeover to replace the existing, but outdated, jetty is a massive win for land-based metro fishers.

This week, the Department of Transport (DoT) revealed three concept designs for the new Ammo Jetty and a survey to gain the community’s views on each of the options.

Based on fishers’ initial feedback, Recfishwest’s preference for a design is Concept 1 but only if it can be amended to also incorporate a T-head section.

This addition would maximise fishing space and opportunities and would mean Concept 1 would meet all the criteria for best fishing opportunities.

If, however, this modification to the proposed design is not accepted by DoT, then Recfishwest’s preference would be for Concept 2.

It’s important to have your say so fishers can continue to have access to a great fishing platform at Woodman Point, Recfishwest Operations Officer Aaron Moses said.

“If you’re planning to fish the new Ammo Jetty or have fond memories of wetting a line from the old one, be sure to jump onto DoT’s website to have your say,” he said.

“Recfishwest has been working behind the scenes as part of DoT’s Woodman Point Jetty working group since February and has represented your views and interests as recreational fishers.

“In deciding on a preferred concept, we place high importance on designs providing a large fishing area, access to deeper water and reduced chance of conflict between fishers and divers.”

See how each design will impact fishing below: 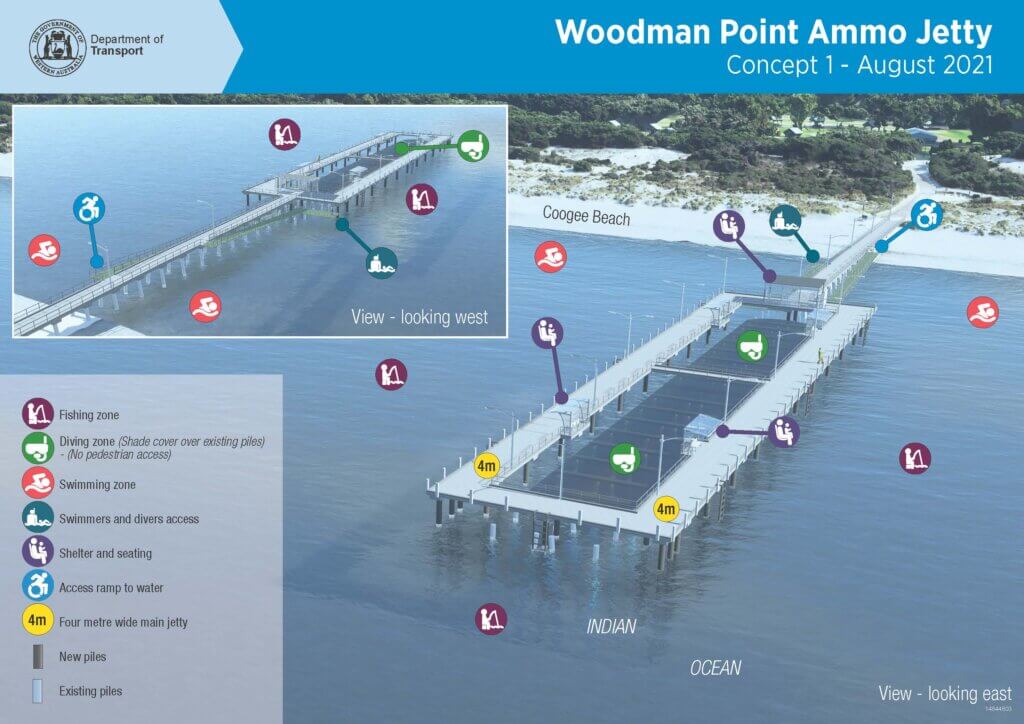 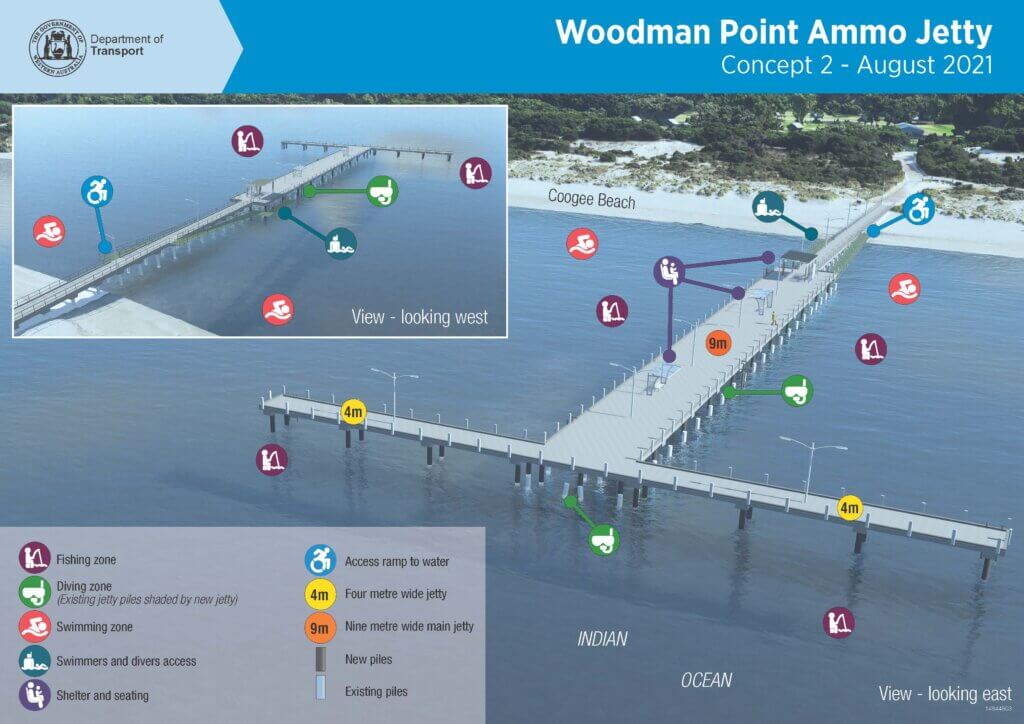 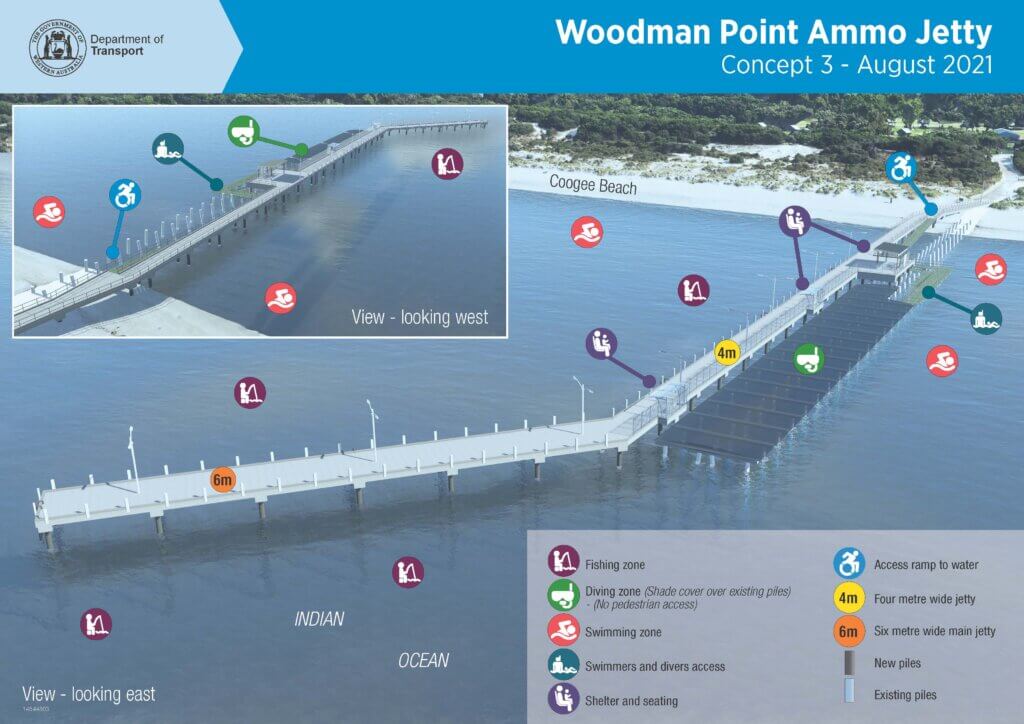 “When the T-head was present on the existing jetty, it was very popular with fishers, as it allowed for a greater casting range and could accommodate more fishers,” he said.

“Perhaps most importantly, the easterly aspect of the T-head section provided the opportunity for fishers to balloon for Spanish mackerel in late summer and Autumn.

“This section has also been extremely beneficial during previous salmon seasons, as fishers using the jetty have had more room to chase the moving schools of salmon.”

The Ammo Jetty has provided one of the Perth’s fully wheelchair-accessible fishing platforms and our partner organisation, Fishability, which holds multiple fishing clinics at the structure each year.

“It’s great to see that each of these three concepts has wheelchair access ramps for Fishability and fishers who are in wheelchairs,” Aaron said.

Aaron also noted the length of the existing jetty provides access to water in 10m of depth, which is the same depth at the end of the Busselton Jetty and is deeper than the new Esperance Jetty.