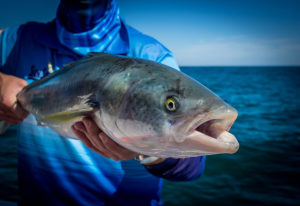 However, that popularity has also created some concerns around the behaviour of some people who fish there.  For example, during the annual salmon run last year, huge numbers of people converged on the jetty and there were scenes which many people found distressing including dead and dying fish lying exposed amongst pools of blood.

Recfishwest is working towards placing signage at the ammo jetty reminding people of simple steps such as dispatching fish humanely as soon as they are caught and treating the catch with care by placing it on ice rather than letting it deteriorate on a hot jetty.  Following these simple tips will ensure others can also enjoy the fishing experience.

Quickly releasing any fish which are undersized, or not wanted, and handle all fish with care as well as taking your rubbish and not leaving fish frames behind are just a few small common-sense steps that will result in improved fishing experiences and project a positive image of recreational fishers.