Recfishwest support marine parks that are created for the purpose of recreation, science, education, conservation and enhanced visitor experiences. We believe marine park zoning must be underpinned by science and should be implemented using simple, practical management that is risk-based, transparent and subject to regular review.
Recfishwest believes that recreational fishing is largely compatible with the conservation objectives of marine parks and that it is an activity that must be recognised as a key value when formulating management plans.

This latest report following an independent review of the planned Commonwealth Marine Park Network marks 18 years since Australia made the initial commitment to develop a Commonwealth Marine Reserve Network (CMRN). Recfishwest have represented recreational fishing interests throughout the whole process and have invested a significant amount of time and effort to ensure the values of recreational fishers have been represented at every opportunity.

The outcomes of the latest review are a mixed bag. There are some very important wins for recreational fishing while other areas that we believe needed to be changed have remained untouched.Some of the most pleasing recommendations from the review include changes which will increase fishing access in important areas in Perth, Dampier and the Kimberley. 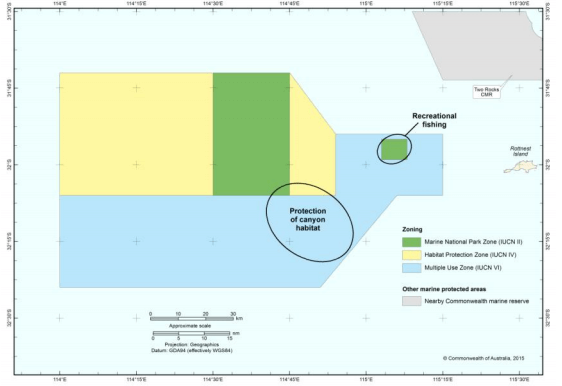 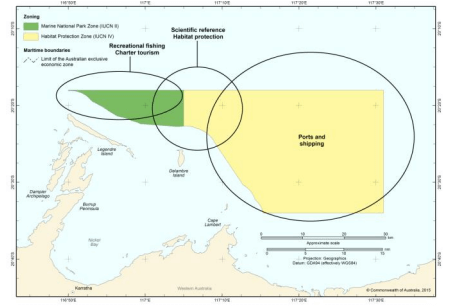 The review appeared to have listened to our concerns and have recommended the sanctuary zone be moved east where its impact on recreational fishing will be reduced and be replaced with a Benthic Protection Zone which will not significantly impact on fishing activities North of Legendre Island. 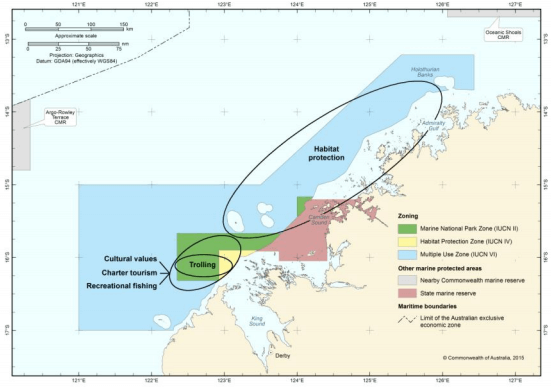 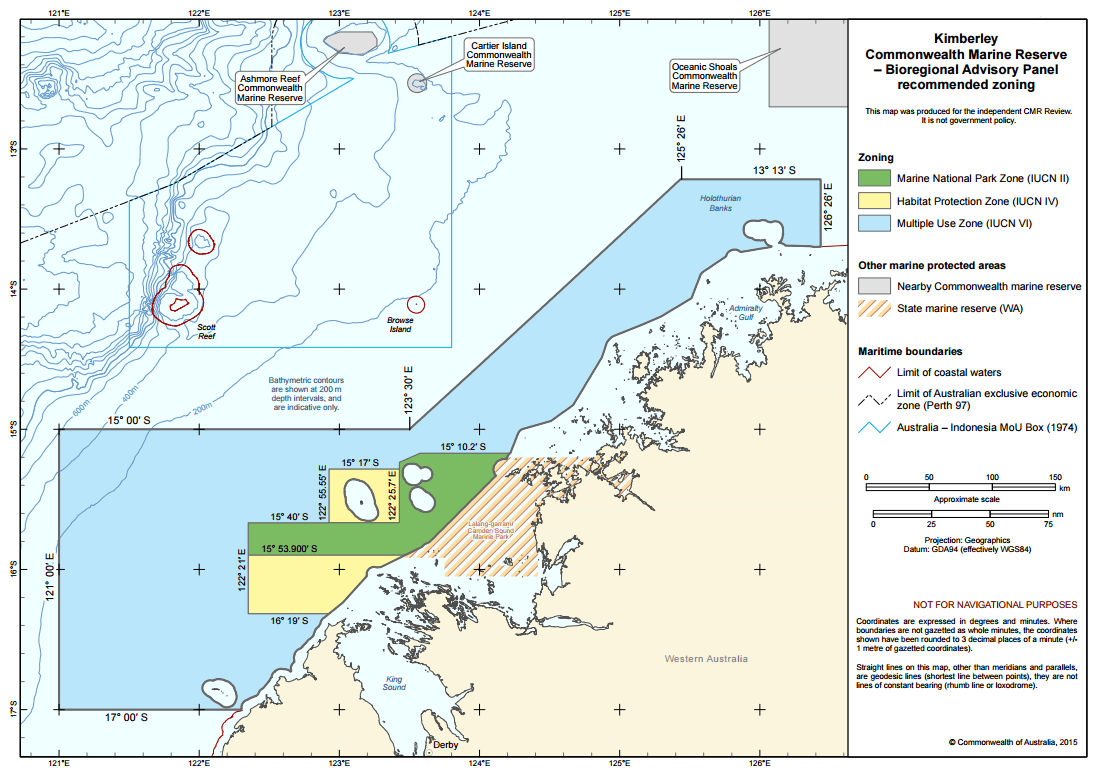 Recfishwest argued against the placement of the southern most sanctuary zone within this reserve as recreational fishing is common within 30nm of the coastline from Cape Leveque to Broome and within 90nm of Broome itself. Fishing in this area is likely to increase in popularity with the recent announcement of the sealing of the access road to Cape Leveque.

Some issues Recfishwest raised with the Independent Review Panel were not solved to Recfishwest’s satisfaction and represents a missed opportunity to minimise impacts on the fishing community while a number of other marine parks remain unchanged. The Independent Review has also recommended zoning changes for areas around Two Rocks, Geographe Bay, the South-west Capes region and Bremer Bay. 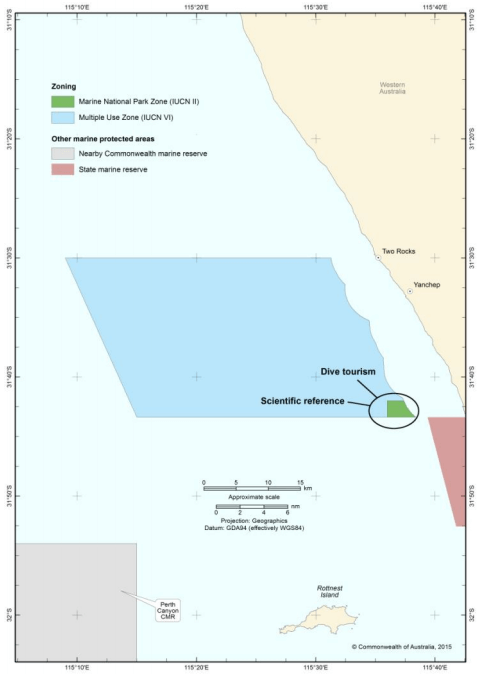 The review report has recommended the size of the sanctuary zone in this reserve be increased for the benefit of a few,  further restricting access to this popular fishing location on the door step of the metropolitan area. 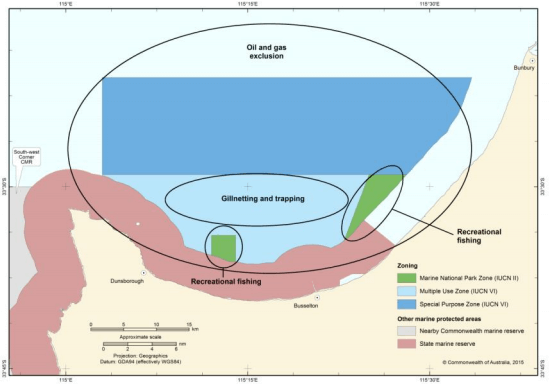 The review has recommended straightening the boundary of the sanctuary zone to better align with state based marine parks however the rationale for maintaining two no fishing areas that contain similar habitat has not been justified.

In failing to recommend an alignment of the State and Commonwealth sanctuary zone in the Capes region the review has missed an opportunity to simplify management arrangements. 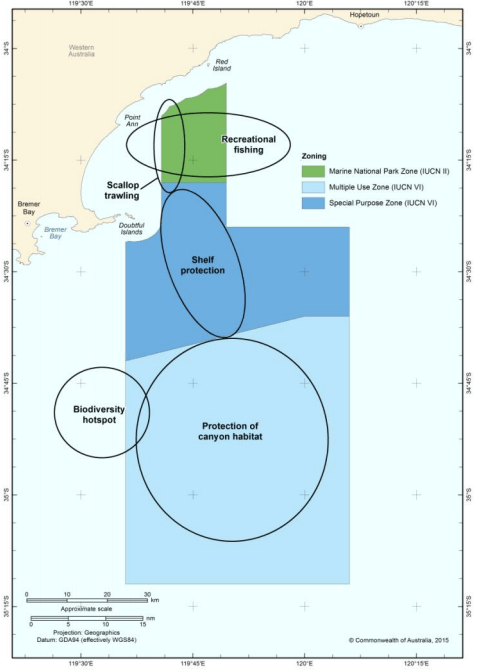 This reserve is located in-between two popular tourist towns that both rely on recreational fishing tourism.  The review has recommended increasing the no fishing area within this reserve by 64%.

Recfishwest recognise some effort has been made to reduce the impact on recreational fishing by slightly increasing access to some of the important inshore areas that are regularly accessed by recreational fishers.

Recfishwest will be making a submission on this latest report and are hopeful that this long drawn out process will finally be able to move forward in the near future.