In addition to our survey, we have set up a West coast demersal Expert Working Group, comprised of leading members of the fishing community and tackle industry with particular interest and experience in the west coast demersal fishery.

The group’s role will be to help provide their expert input into the process and quiz DPIRD fishery managers and scientists based on feedback and questions provided by you and the wider fishing community around how effective different management measures might work in practice. This will only be in an advisory capacity and the group has no decision-making power in the consultation process.

Read more about the Expert Working Group’s role, objectives and how it is run here

We want to ensure that you will be informed every step of the way around developments during the course of this consultation this includes keeping you updated with reports on what happens at the Expert Working Group meetings. These reports appear below.

Who’s on the Expert Working Group?

The group is made up of the members below. 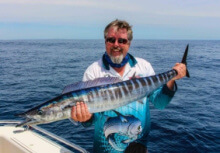 Scott Coghlan is a familiar face and name to many recreational fishers throughout WA. Scott is the owner and editor of the Western Angler Magazine, WA’s longest running fishing magazine of 32 years. He is also well known for his fishing column articles in The Sunday Times, of which he has been writing for over a decade. Scott has been ingrained in the fishing community throughout his career, and as a result, has been involved in various fisheries management-related issues.

Tim is a passionate recreational fisher who has worked in the tackle industry for many years. He has established himself within the industry with a wealth of knowledge in all things fishing and has written multiple columns for Western Angler magazine. Tim is now the representative of multiple well-known tackle organisations including Vexed, Assassin and Alvey. He loves nothing more than catching pink snapper and dhufish with his two boys. 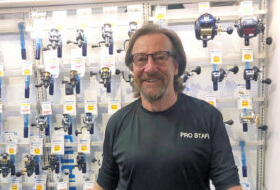 Brian is the owner of Compleat Angler Nedlands, one of the few remaining owner-operated fishing shops left in Perth. Brian has been involved in the tacklestore for over 20-years and has an immense understanding of all things fishing, tackle, and everything in between. Brian has helped the fishing community through various events, including the WA Bream Classics and sponsoring local FAD deployments. 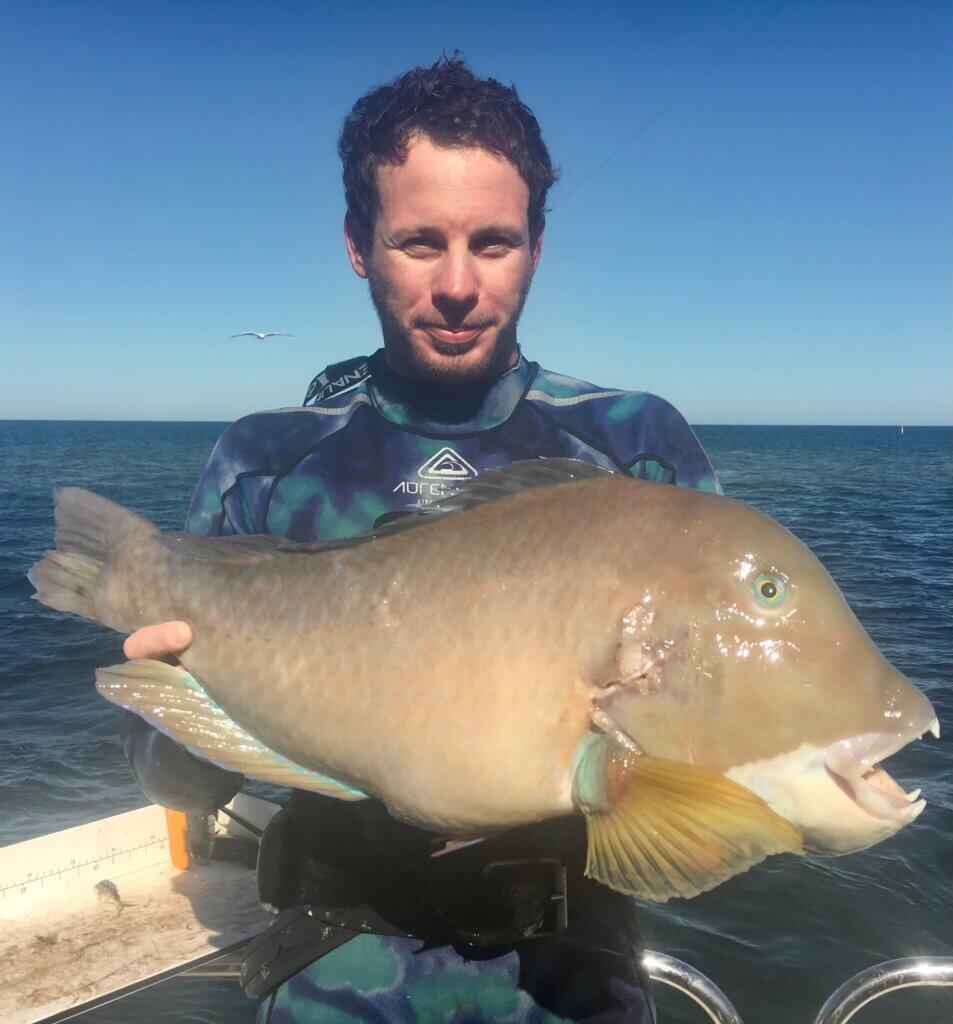 Brody is an avid metropolitan fisher who loves fishing the region for snapper, dhufish and other demersal species. Brody was a member of the 2011 Young Future Leaders program where he learned about various fisheries management tools and their applications. He has also been a passionate recreational fisher for crayfish since a young age and has sat on the Rock Lobster Reference Group for a number of years assisting in providing recommendations which have resulted in management changes towards the fishery. 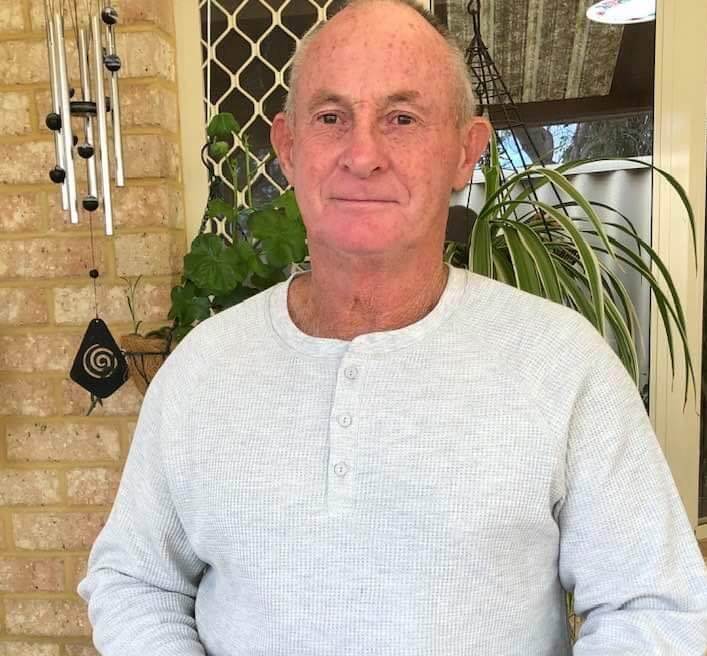 Pat was the former president of the Australian Anglers Association Western Australia (AAAWA) club, the representative body for all affiliated angling clubs. Over his years as president for AAAWA, Pat developed strong relationships with many fishing clubs throughout WA and was able to collate and provide various management recommendations to Government departments. Pat is also the chairman and safety officer of the Lancelin Sea Search and Rescue Group. 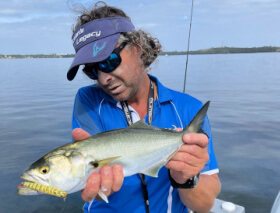 Ash is the owner and operator of Tackle World Miami. He is a familiar voice to many having done the 91.3 Sports Breakfast fishing report for a number of years. Ash is driven by a strong sense of community, having provided support for various fishing competitions, popular fishing spot clean-up days and sponsoring and partnering the Mandurah Reef Vision project.

Matt Howard (second from the right) 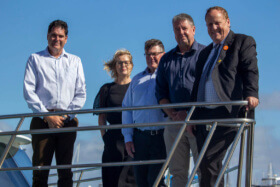 Matt Howard is the owner and operator of Apache Charters, the longest owner/operator in the WA charter industry. Since 2001, Matt has been an active member of Marine Tourism WA, the recognised peak body for the charter industry, of which he is now currently Vice President. In this role, Matt has liaised with various Government departments and has been actively involved in protecting recreational fisher rights. With 23 years’ experience in providing liveaboard charters to the Abrolhos Islands, Shark Bay, Dirk Hartog Island, Exmouth, Onslow and the Montebello Islands, and fishing charters around Perth, Matt has attained an in-depth knowledge of Western Australia’s recreational fisheries. 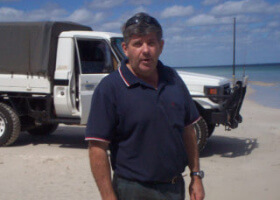 Michael is an active and avid recreational fisher of more than 45 years, with a rich family history in the State’s South West which dates back to the 1830s. Michael enjoys being able to use this experience to help guide the sustainable management of our recreational fisheries for future generations of fishers in WA. He has a strong commitment to improving the understanding and management of the marine environment and is a current member on the Western Rock Lobster Reference Group, and previously provided advice to the State Department of Environment and Conservations Committee for Kilcarnup, Joeys Nose and Gnoocardup. 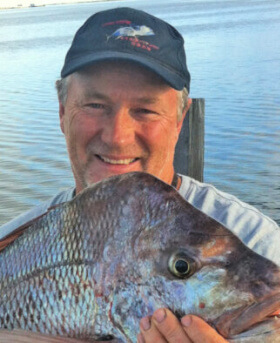 Rob has lived in the Mid West for three decades and has five children with his partner Amanda. Having worked at sea all his life as a fisherman, charter skipper and now in the merchant marine, Rob has a special passion and interest in the Abrolhos Islands. Rob and his family are keen recreational fishers leading him to get involved and have his say on management issues. Rob is also a current member of the Western Rock Lobster Reference Group.

Dave is the president on the Mangles Bay Fishing Club, one of the largest fishing clubs within the State. Dave is an avid boat fisher often deep dropping or chasing dolphinfish at the FADs every summer – and was instrumental in getting FADs deployed off Rockingham. Dave makes an annual pilgrimage to Coral Bay with mates from the fishing club every year.