In good news for recreational fishers, especially those who don’t have the means to catch a feed of crays – such as  non-boat owners, young children, families, the elderly or people with disabilities – there is now a new option to jump on a charter boat and experience catching a WA icon that thousands of other recfishers get to experience. END_OF_DOCUMENT_TOKEN_TO_BE_REPLACED

There’s a handful of events in society that each year create a state of extreme excitement. For some, it’s Boxing Day sales, the Melbourne Cup or the AFL Grand Final, but for about 55,000 West Aussie fishers, it’s the annual migration of Western Rock Lobster (crays), known locally as the ‘whites run’. 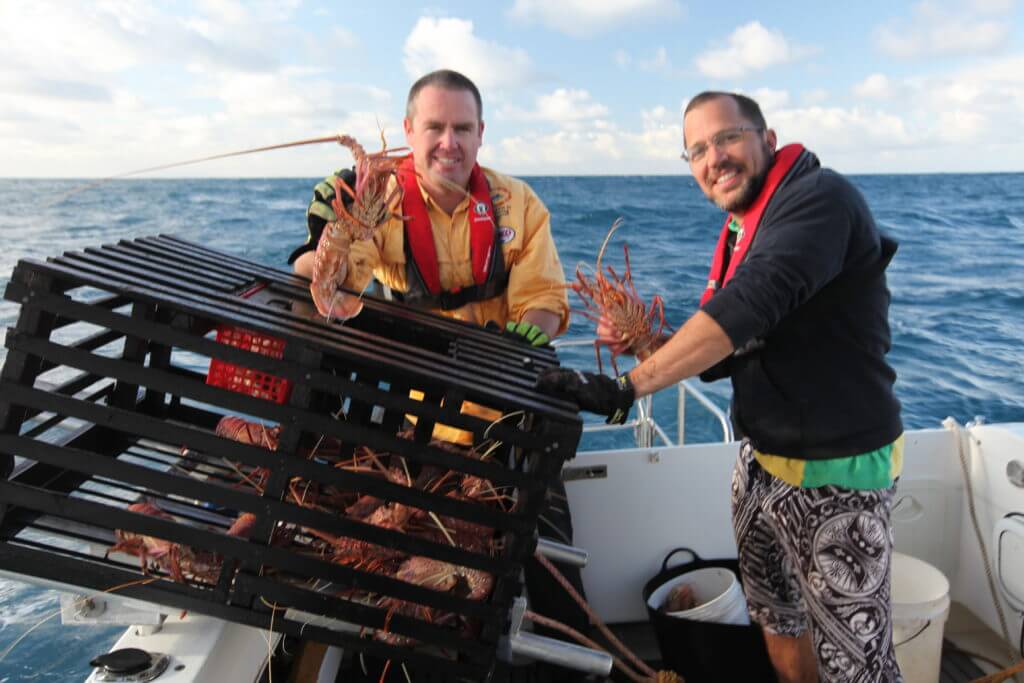 In this article, we will provide you with some answers to commonly asked questions as well and help you head in the right direction to catch some of these tasty morsels.

Why are they called ‘white’ crays?
A ‘white’ cray is a colloquial term applied to crays that are freshly moulted and have a soft, pale shell. This is in comparison to pre-moulted crays which have a hard, red shell. The crays are exactly the same but are at different stages of their life cycle.

Where do they ‘run’ to?
Juvenile crays settle along seagrass beds and rocky habitat close to shore. Once they reach sexual maturity at about 4 years, they migrate en masse from this habitat to offshore reef platforms.

How do I go about catching them? 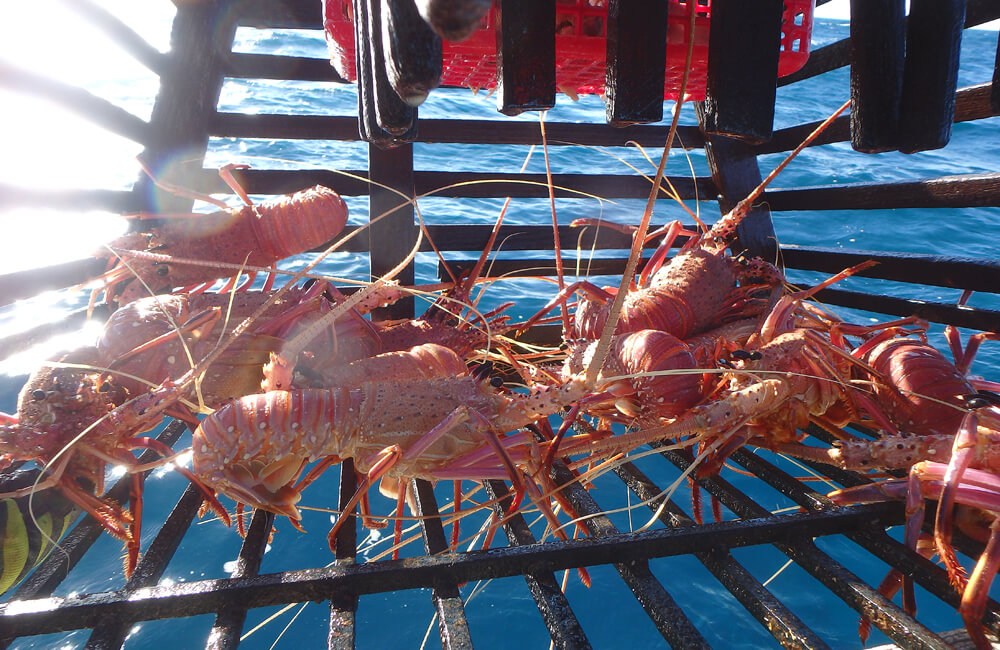 The white’s run is when potters do best. Diving catches tend to be more consistent than potting catches across the summer, but the period from late November to Christmas is when dropping pots come into its own.

As crays are on the move from under their usual nearshore reef ledges, they will seek food and shelter along their migration path. A cray pot provides both of these needs. Pots should be set on the sand on the western side of natural habitats such as reef or weed. Keep dropping pots further out to sea as the migration continues, and check your pots every day during this period.

Crays can travel many kilometres a day so don’t be afraid to spread your pots out to get an idea of where good numbers of crays are each day. Crays love fresh bait, so don’t let your bait get rotten in the basket, change it every few days at the very least.

Perhaps the most important aspect to remember when dropping pots is to make them heavy. Any movement on the bottom will result in no crays the next morning, so make sure you use plenty of weight.

This season is forecast to be excellent, with numbers of crays inshore at record levels. We expect the whites run to be excellent again and wish all fishers the best of luck chasing a feed for Christmas.

With the 2017/18 cray season almost upon us, we’re happy to bring you some news that is sure to make your cray fishing experience more enjoyable and safer than ever before. Recfishwest has worked with the Department of Primary Industries and Regional Development – Fisheries Division (Fisheries) on clarifying and simplifying the cray rules focused on optimising fishing experiences and improving diver safety. 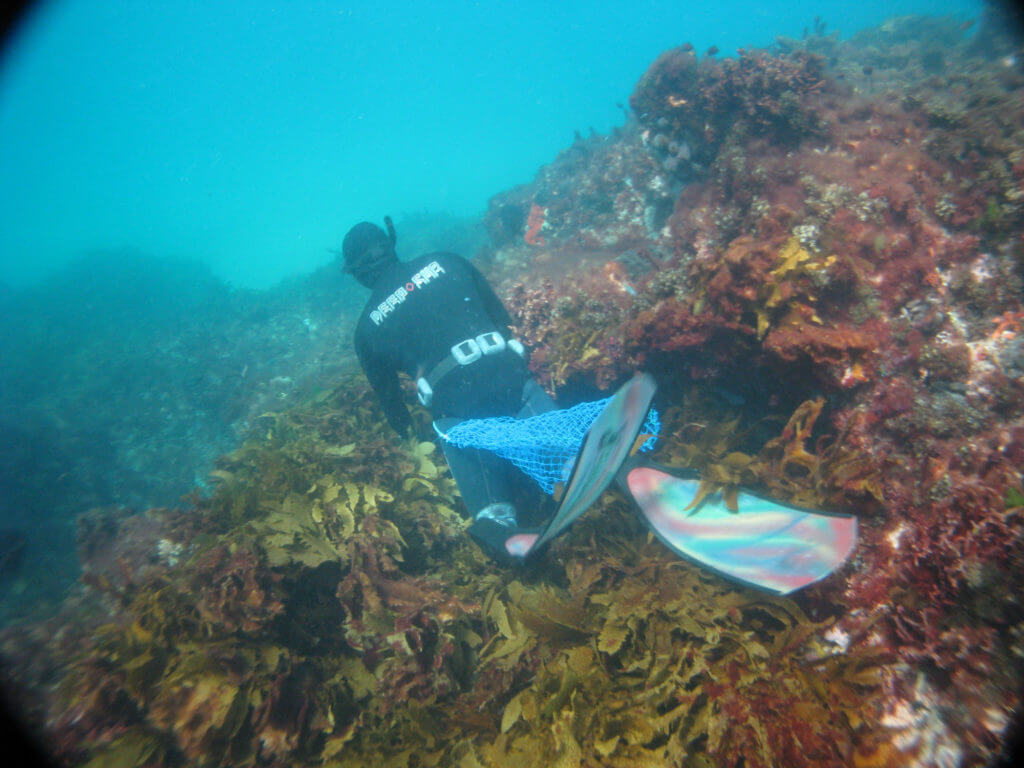 This clarification will ensure the 55,000 people who hold a recreational cray licence in WA, can continue to access this sustainable public resource in a safe and enjoyable way.

How do the clearer and simpler rules affect my fishing?

1. Divers will be provided 5 minutes to sort and recheck crays once safely on-board the boat following their dive.

2. Crays in setose condition can now be kept.

We are currently developing Frequently Asked Questions (FAQ’s) to help divers better understand the rules in certain circumstances. Keep an eye out for these this week.

Imagine a world in which you could predict the future. You might place a bet on the winner of a future AFL premiership, or know exactly which day to go fishing next month. Sounds great, doesn’t it?

Unfortunately, we can’t predict AFL premiers using any science, but for one of WA’s most loved fishing targets, the Western Rock Lobster (or ‘crays’), decades of data has shown that science can predict abundances of crays up to four years in advance! And if that’s not exciting enough, the 2017/18 is predicted to be one of the best years in over a decade!

During Spring and Summer, each year cray larvae known as ‘puerulus’ are pushed inshore by wind and currents where they settle on nearshore reefs.

Research shows that these crays take four years to reach the legal length of 76mm. Fisheries researchers assess the abundance of puerulus across the new moon period each month by monitoring purpose built puerulus collectors at four locations along the West Coast and Abrolhos Islands.

A cray puerulus collector (pictured right), what looks like bottlebrushes or a mop is actually artificial seagrass. Late larval phase crays use the collectors for habitat and provide long-term population/breeding stock information for fishers and fisheries managers.

High settlement has always shown a strong correlation with catches of crays three and four years later and the 2013 settlement numbers (Figure 1 below) were some of the highest in recent times; in fact the highest since the early 2000’s.

What Does This All Mean for My Fishing?

Added to this excellent rate of juvenile settlement, is the fact that numbers of adult crays are also at an extremely high level, due mainly to neither the commercial or recreational fishing sectors catching their annual allocation in recent times – meaning more crays are being left in the water each year!

Reports from divers indicate that crays are already stacked up in fantastic numbers in nearshore reef platforms along the coast. These high abundances will make for excellent fishing experiences over this Summer.

If you are thinking of trying for crays for the first time, there has never been a better opportunity. There’s plenty of information available on our other website www.ilovefishing.com.au

Divers should do well as soon as the season opens, but the potters will have to be patient as the traditional ‘whites’ run won’t kick off until late November. Once it cranks up though, the fishing will be superb, with many boats traditionally reporting catching their boat limit most days during this migration period.

Recent clarification of diving rules will make for a much more enjoyable fishing experience.  To see what’s changed, click here.

Good luck chasing crays this season, we would love to hear how you go and see a few pics and videos, so feel free to email us on recfish@recfishwest.org.au or jump on our Facebook page and join the discussion.

Stay tuned for our November Broad Cast edition where we’ll take a closer look at the ‘Whites Run’ plus give you some handy tips and tricks on the best way to cook your crays plus much more!

With new changes coming into effect when the season opens on October 15, two people can now share a lobster pot.  This will mean fishers can share the costs of lobster gear and that pots can be pulled by either licensed fisher on any given day. In turn, this will lead to a reduction of pots in the water, which will lower the risk of whale and boat entanglements.  Previously, if the one licence holder couldn’t fish on a particular day the pot would remain unattended, under the new rules, the pot can still be tended to by the other licence holder. This should reduce the rate of pot theft and interference, given that pots can be pulled by either licenced fisher.
In more good news, lobster fishers now have the option of removing lobster tails after they get their catch home. Previously, the law required lobsters to be kept and stored whole (with head and tail) unless they were being prepared for immediate consumption.

Frequently Asked Questions:
Does this affect the amount of pots I can use?
A: No, each fisher can still only fish a maximum of two pots.

Does this affect how many crays I can take?
A: No, the same bag, boat and minimum size limit applies.

Do I now have to have two floats on my pot?
A: No, you can continue to fish with a single float if you wish.

If I share a pot with a friend and he is not on the boat, can I still pull the pot?
A: Yes, the pot can be pulled as long as one of the licence holders is on board whose gear ID is attached to that pot.

Does the personsharing my pot need to hold a rock lobster licence?
A: Yes, anyone actively fishing for rock lobster must hold a valid licence.
This rule will benefit fishers who cannot make it out to pull their pots all the time as well as those fishers who want to share costs with another fisher.

Here are some scenarios where fishers may benefit:
“Neither my mate nor I can go out each day, so being able to share a couple of pots means that even if one of us isn’t available, the other can still go and pull our pots that day.”

“My mate works FIFO, so he will pull our pots when he’s home, and I’ll pull them when he’s away. We can go halves in the gear, and hopefully still have plenty of crays for Christmas!”
“I can really only get out to pull cray pots on weekends, so I’ve never really bothered, but this new rule will mean I can share my friends pots. He will tend to them during the week and I’ll tend to them on the weekends. This will give me an opportunity to give it a go without having to fork out lots on money on my own gear.”

“My mate and I have never fished for crays before, but now that we can share gear, we’re going to give it a go. If I can’t get out to the pots every day, it won’t matter, because my mate likely will. Ive heard reports of people having gear stolen, so I feel better about our gear being attended to every day.”

“I’m the only one of my friends with a boat, and every season I’ve had to make sure that the licence holders who’s ID was on the pots came out every time. If they weren’t available, then we didn’t pull their pots. With this new pot sharing rule, it effectively doubles the chances that one of the licence holders will be available to come out.”

“My fishing partner works FIFO and another mate works the opposite swing, now with pot sharing we do not have to be on the boat at the same time to do float / rego swaps before one or the other flies out, if there is bad weather on the day of float swap over we could not pull the pots for the time he was at work.”
“I do not have a lot of money but get the opportunity when the budget allows to go out fishing with a mate on a semi-regular basis, being able to go part share on a craypot with another one of his mates means I will be able to do some crayfishing next year.”

Other Rules:
– The maximum size limit on female rock lobster has been removed, provided they are not in spawning condition
– Tropical Rock Lobster bag limits have halved to 4 per person per day