Recfishwest remains vigilant in ensuring recfishers are consulted with and have their say on plans to develop, construct and operate large-scale offshore wind energy (OWE) projects in WA, both in state and commonwealth waters.

There are currently several OWE project proposals in the pipeline off our WA coast, with our South-West, Metro and Mid-West regions the likely locations. The wind turbines that would make up these projects could potentially become a defacto new network of artificial reefs – with similar structures in other parts of the world effectively creating new fish habitats and fishing opportunities.

For this to happen, recfishers would need to be allowed access to the structures – but with no overarching regulatory framework in place for OWEs, there are concerns exclusion zones might be implemented around the structures, preventing fishing access.

One of the proposed WA projects – The Leeuwin Offshore Windfarm – would have up to 200 wind turbines operating 24 hours per day, 365 days per year, for up to 50 years. The proposed windfarm would be situated around 15km off the coast between Preston Beach and Binningup.

Recfishwest acknowledges and supports the need for renewable energy production. In pursuit of The Western Australian Government’s aspirations for net zero emissions by 2050, offshore wind energy (OWE) is becoming an attractive proposition.

Winds at sea reach a higher speed and are more constant than wind on land because there are no barriers. To harness this energy, the wind turbines are seated on giant towers installed on the seabed in depths of up to 60 metres or on floating structures anchored to the bottom in deeper waters.

While it has been proven overseas that recreational fishing can be largely compatible with offshore wind energy projects, it must be a recognised factor and key value when planning, designing, constructing and operating any offshore wind farm projects off the WA coastline.

Recfishwest will only support OWE projects that improve recreational fishing experiences with no net loss of amenity. As a matter of priority, the decision-makers behind these OWE projects must provide clarity around maintaining fishing access and ensure recreational fishers are consulted in the planning and construction processes.

From a fishing perspective, OWE projects can act as artificial reefs, potentially enhancing marine abundance in the area through the provision of increased habitat and structure availability.

However, these projects also have the potential to adversely impact environmental and social values through habitat damage and implementation of exclusion zones, along with displacement and concentrations of commercial fishing efforts.

West Aussie recfishers deserve to be able to fish these structures, without the construction potentially having negative impacts on the fishing spots they already cherish.

“It is crucially important that any OWE projects should avoid important habitats such as spawning areas and nursery areas, as well as popular fishing locations,” said Recfishwest Operations Lead Matt Gillett.

“While the possibility of having potentially hundreds of turbine structures in our waters acting as artificial reefs sounds great to keen fishers, this benefit is pointless if we don’t have close accessibility to fish them. We’ve seen this respect given to recfishers overseas and this is what we want locked in if these projects are to proceed.”

Before development and planning is confirmed, Recfishwest will consult frequently with recreational and professional fishing groups to ensure boating and fishing activities are not negatively impacted.

To find out more about Recfishwest’s stance on OWE, please click here

The touted Albany artificial reef is closer to reality, after Recfishwest met with Great Southern recfishers and community leaders at the portside town last week to identify possible locations. END_OF_DOCUMENT_TOKEN_TO_BE_REPLACED

In the two years since King Reef – Australia’s biggest artificial reef – was deployed off Exmouth, the local community and Recfiswest have watched with awe as it has developed into a flourishing fishing playground.

END_OF_DOCUMENT_TOKEN_TO_BE_REPLACED 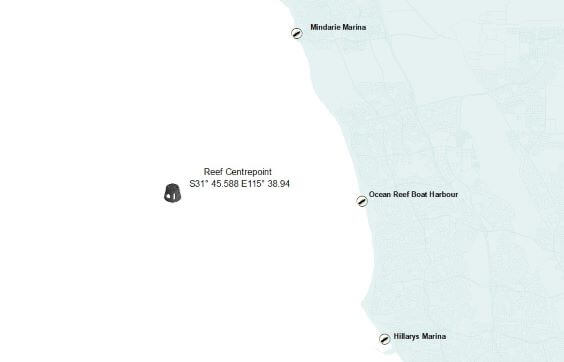 In the latest edition of Scott’s Spots, Western Angler editor Scott Coghlan takes us to Esperance to highlight the popular tourist destination’s incredible fishing. From casting a line along its vast sandy coast or catching herring from the Taylor Street Jetty, Esperance offers a quality fishing experience for everyone. END_OF_DOCUMENT_TOKEN_TO_BE_REPLACED

In exciting news for recfishers living in or visiting the Gascoyne, a new artificial reef funded through a $300,000 Recreational Fishing Initiatives Fund grant is to be deployed off the Carnarvon coast. END_OF_DOCUMENT_TOKEN_TO_BE_REPLACED

Recfishwest is casting out for red-hot keen boat fishers who want to be part of the the marine citizen science program, Reef Vision – the first of its kind in the world.

We’re looking for more volunteers to join the ever-growing and valuable Reef Vision team and help catch valuable footage of the state’s artificial reefs while out fishing.

The Reef Vision Program is made up of passionate fishers from the recreational fishing community who assist Recfishwest map and monitor the growth and development of these fish habitat-enhancement structures in Esperance, Dunsborough, Busselton, Mandurah and Exmouth.

Each Reef Vision volunteer is given a BRUV (Baited Remote Underwater Video) camera, and training on how to set up, deploy and retrieve the equipment.

The volunteers drop the cameras near to the reef on their way to their fishing spot and record an hour of video footage of the artificial reefs. This footage is later analysed by Recfishwest, university researchers and students to see what fish are using the reefs and helping us to understand the benefits of artificial reefs and the fish that call them home.

“I love my fishing here in WA and being part of Reef Vision gives me the chance to give something back. It’s also really cool to see what’s going on down there – there are some amazing things you see” said Reef Vision volunteer Garry Dyer.

Recfishwest’s Research Officer Steph Watts said, “We need to know what’s happening on these reefs, and it’s even more important that the volunteers are enjoying their time collecting the footage for us.

“They’re the backbone of Reef Vision, and we can’t thank them enough,”

Fishers who might be interested in participating and want to know more are asked to email steph@recfishwest.org.au.

Throughout our great State, there are many community groups and champions rolling up their sleeves to make fishing better in their local area.

One of those clubs is the Esperance Deep Sea Angling Club. The club has been recognised for their work on the Esperance Artificial Reef, named Cooper Reef in honour local stalwart Graham Cooper, who is helping lead the project.

The fantastic efforts were honoured on 29 June when Esperance Deep Sea Angling Club claimed the ‘Best Project’ award in the small clubs category of the Clubs WA Awards for Excellence.

Recfishwest attended the awards event with Graham and fellow club member Nigel Worth.

Part of what made the recognition extra special was the fact that many club members literally built the reef with their own hands when they helped to pour dozens of the 128 concrete modules that now make up the reef.

All of these projects were born out of dedicated local fishers who had a vision to improve fishing and the drive to make it happen.

Recfishwest are extremely proud to have been able to assist Graham and his team in delivering this exciting project for their local community.

Read more here in the Esperance express about the clubs great achievement.

Click here to find out more about Artificial reefs in WA including development information, location and how to fish them.