Bludger trevally aren’t something you generally expect to catch. They are more an occasional capture bobbing up while chasing other species.

However, when they do show up they usually are like the most out-of-control party gate crashers – bringing a heap of enthusiastic friends and causing chaos!

Bludgers often show up in huge schools. I remember veteran Pilbara fisherman Darry Hitchen telling me once that bludgers were the only fish he had seen that would create such water movement the water level seemed to rise around them.

I actually did experience this phenomena at the Mackerel Islands not long after he told me the story. Michael Sammut, Steve Hart and I were at Penguin Bank and it was going off, with surface explosions everywhere. The sharks were bad though, so we decided to take the hooks off poppers and get some video and photos of surface hits. We had been doing this for a while when all of the sudden a huge school of bludgers showed up behind the boat. They just followed us for about 30 minutes and every lure we cast saw dozens of them chasing it down. We got some spectacular footage and shots of the horde and it was great fun as they followed lures right to the rod tip time and again. I could see exactly what Darryl meant, with the pack of fish chasing the lure each time actually pushing up the water above their backs.

It was incredible to witness. Bludgers are easily mistaken for goldspot trevally, especially with their spots on the flanks, but they have a more elongated body and more pointed nose. Their eye is also closer to the level of their mouth. They are more streamlined than most of their trevally cousins, so don’t have quite the pulling power of the other species, but are certainly a willing lure and bait taker and can be a lot of fun to catch.

We have caught most of ours on stickbaits in the 8-14cm range, but they are also quite partial to metal jigs in slightly deeper water. Most of the bludgers I have caught have been relatively small, in the 2-3kg range, but they do grow to almost a metre in length and 11 kilos. 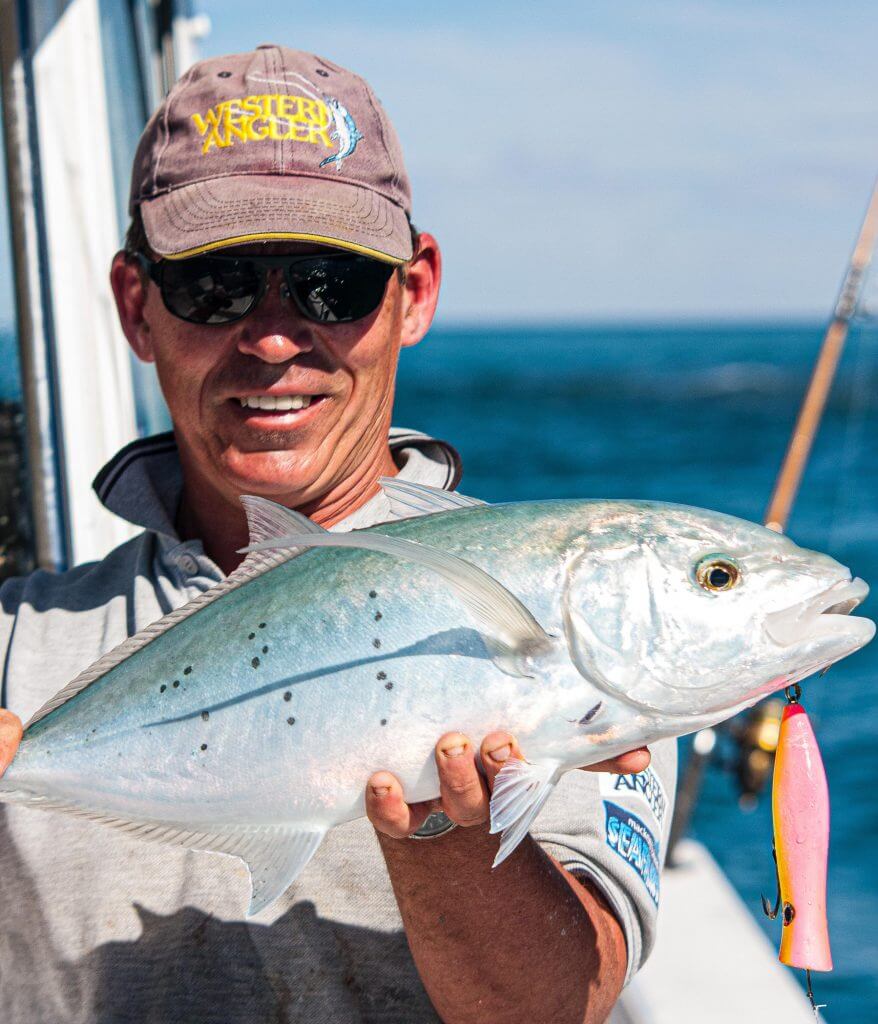 They are largely an inshore species found near structures such as reefs and island, where they hunt fish, prawns and crabs, and we’ve encountered them generally in water from a couple of metres to around 30m. Bludgers are usually found from Shark Bay north.