Shark bite offs are a big issue all around our State and fishery scientists trialling a range of deterrents have carried out their first test-run filming sharks savagely hitting baited hooks and hooked fish in the Abrolhos.

The work is part of the Recreational Fishing Initiatives Fund project, surveying recreational fishers about their experiences and views on the shark-bite off issue while also gathering more information to help find solutions.

This first run out by the research team, led by DPIRD Principal Fisheries Research Scientist Dr Gary Jackson, used cameras attached to fishing lines to film bait and fish being hit by sharks.

As you can see from the video below, the ‘taxmen’ obliged and moved in and resulting the video footage the team captured was dramatic!

Dr Jackson said the Abrolhos trip was a pilot “shake-down” trip to lay the groundwork for the ‘guts’ of the research project that will be carried out in the weeks ahead.

“We were able to get the sharks excited by hooking up with baldies and pinkies, which allowed us to test out some of the gear, the cameras we’re using and the logistics,” said Dr Jackson. “We’ve still got a lot of footage to work through, but we’ve already learned a lot from this first trip.” 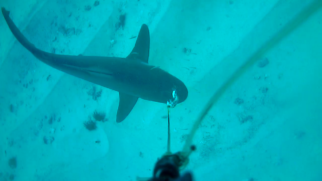 The next phase of the project will see DPIRD researchers heading to, first, Shark Bay and then Exmouth and the Montebello Islands to get into the meat of the project testing three specific types of gear whose manufacturers say have already shown promising results.

“We need to test the gear at different locations and habitats and on different species of sharks,” said Dr Jackson. “Then it’s a case of analysing the hours of video we’ll be shooting to assess the effectiveness of each set of gear. 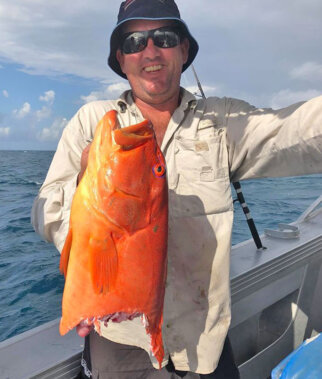 “Two of the devices work by disrupting the shark’s highly developed sensory system as it moves in on its prey, whereas the third uses sound of orcas to effectively scare sharks.

“There is a long history around developing shark repellent technology going back to the 1940s when the American navy put a lot of money into it to protect servicemen who might find themselves in the ocean. But with large global leisure industries like the surfing, diving and now recreational fishing looking to use this tech, product development is speeding up now.”

Recfishwest will keep you posted as to how this important project develops in the coming weeks and months with Dr Jackson indicating the results of the online and phone survey components of the project expected to be ready soon. 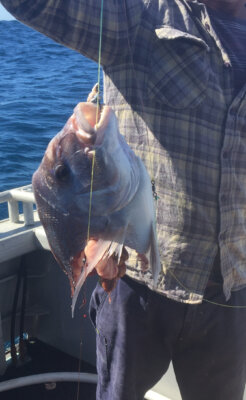