An innovative and exciting fish tracking program is shedding new light on the behaviour of Black Bream and highlights the importance of water quality and complex habitats such as rock, reef, snags and vegetated banks.  The Swan Fish Track project aims to identify how Black Bream use different habitats in the Swan and Canning Rivers, particularly the waters around the oxygenation plants in Guildford and Caversham. It involved tagging and tracking 55 Black Bream and following their movements and behaviour throughout these river systems.

Local bream fishers played a key role in the project with competitors at a WA Bream Classic event using their skills to contribute 20 of the total fish for the project including the majority of large fish over 300mm. The fish were surgically implanted with acoustic transmitter tags inside their body cavities. The tags emit signals to a series of 25 receivers located throughout the rivers. As a fish swims past receiver information on the time, depth and acceleration of the fish is transferred and recorded.

From this data Murdoch University Researchers Jake Watsham and Nathan Beerkens were able to analyse the first four months of the bream’s movement and behaviour. Their results were discussed at the Fishers for Fish Habitat Forum last month and gave some interesting insights into the behaviour of Black Bream. 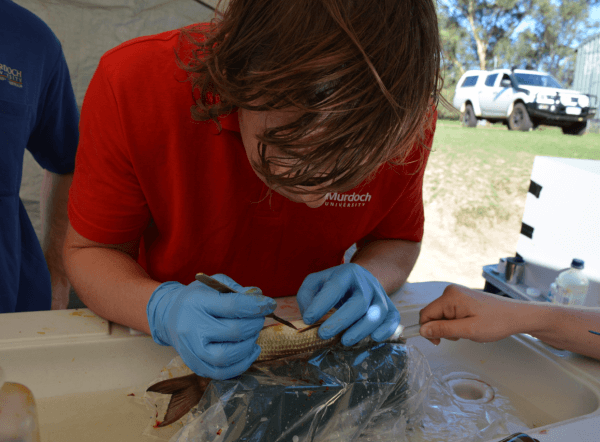 Bream are Capable of Travelling….a lot!
The average distance covered by tagged bream throughout the four months of preliminary data was 33km with one fish covering a whopping distance of 130km and on one instance a fish recorded travelling 11km in less than 15 hours. When not on the move, fish spent most of their time at receivers in Ascot and Caversham. There was also movement of some fish between the Swan and Canning Rivers, confirming these populations are interconnected. Some of the bream’s movements through the rivers were found to be linked to heavy rainfall events. While bream are hardy fish that can handle a high salinity range, the tagged fish favoured areas where salinity ranged between 10-20ppt.

Low Oxygen Limits Habitat Availability for Bream
Historically big Black Bream utilised habitat in the deeper holes of the rivers and shallower flats provided habitat for smaller fish. However recent research has suggested that reduced flow in our rivers and a build-up of nutrients in sediments has created low oxygen conditions in the deeper holes. This has possibly contributed to decreased metabolism and growth rates in Black Bream and concentrated the fish into shallower habitats.
The data from Swan Fish Track has supported this research showing that bream had a preference for shallow habitat and avoided areas with low oxygen. Low oxygen appears to be stopping bream from inhabiting deeper areas, reducing their habitat availability.

Bream Need Habitat
The project showed fish favouring areas with complex habitats i.e snags and reef/rock bars. This suggests that replanting shoreline vegetation and restoring reef and snags would provide a real benefit to the fish in this system. With more than 20km of built-up shoreline there is great potential to improve the fishery by enhancing and restoring this habitat. If you are interested in getting involved in habitat projects that will make your fishing better, get in contact with the Recfishwest Habitat Officer, Michael Tropiano at michael@recfishwest.org.au 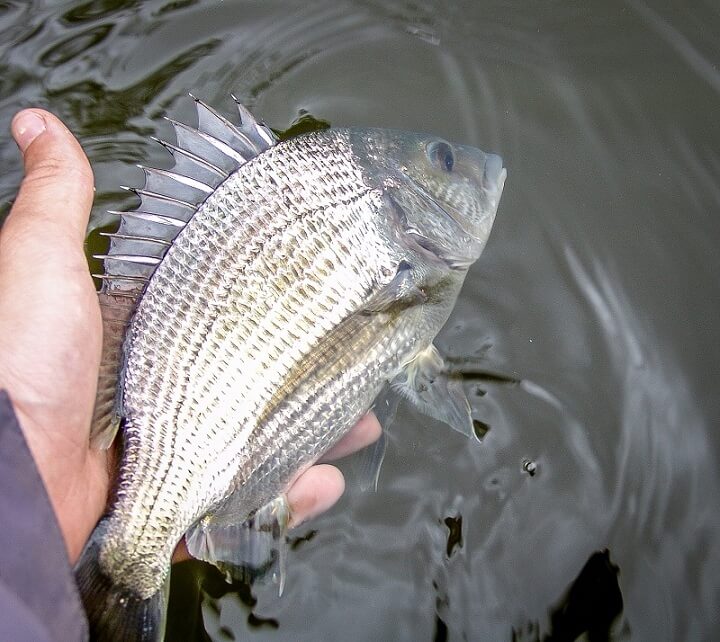 The Swan Fish Track project was run as a partnership between Department of Parks and Wildlife and Murdoch University, and The Recreational Fishing Initiatives Fund funded post graduate researchers who are contributing to this project.

The project is ongoing and Recfishwest will continue to reveal more results as they become available. All fish tagged for the project have a yellow spaghetti tag next to their dorsal fin so if you catch a tagged fish please call number on the tag with the location of your capture and the tag I.D.
For more on the importance of healthy waterways and their impact on healthy fisheries, read our article here.