They are spectacular images of a colourful, thriving marine ecosystem – habitats teeming with abundant fish, algae and coral.

“I love diving and taking these photos to highlight the beauty and biodiversity of King Reef and Exmouth Gulf,” said Violeta, who moved to Australia from her native Brazil in 1999 to pursue her passion for underwater photography.

Diving in and photographing the reef was such a truly awe-inspiring experience for Violeta, she felt compelled to share the images with us to share with you!

Yet less than four years ago – all that was there was featureless, barren seafloor!

How the reef modules looked just after deployment….

That was before a collaboration between the Exmouth local community,  Recfishwest, BHP, NERA, DPIRD, Subcon and Curtin University, lead to the deployment of six large, repurposed steel structures along with almost 50 concrete modules on two acres of barren seafloor, roughly the equivalent of five footy ovals.  The integration of the steel structures and concrete modules provides a complex habitat that supports a diverse ecological community in a once featureless area.

Euan Harvey, Professor of Marine Science – Curtin University, has researched the impacts of artificial reefs on fish productivity and biodiversity. “With enhanced levels of species richness and abundances beyond that of adjacent sand, sponge garden and natural reef habitats, King Reef illustrates the positive environmental potential of artificial reefs,” he said.

Subsequently, King Reef has rapidly become the fastest developing artificial reef in Australia with more than 100 fish species monitored on it including red emperor, golden trevally, and even sailfish patrolling the topwater.

Recfishwest CEO Dr Andrew Rowland commented, “It is sensational to see just how much marine life has flourished on King Reef from these awesome pictures that Violeta has taken and is a great testament to all the hard work of the Exmouth community and all the other partners involved in the project.

“From our experience of helping to deploy seven other artificial reef projects across WA, and the body of scientific evidence that is now out there, we knew that it wouldn’t be long before King Reef would become populated by marine life. What we couldn’t anticipate was just how quickly that would happen and the richness of the biodiversity that has established itself there.

“It’s a fantastic example of how repurposed structures like these can create thriving new marine habitats and support a huge abundance of fish and other species and fantastic sustainable fishing that goes with it bringing benefits to the local community and economy as well as the environment.” 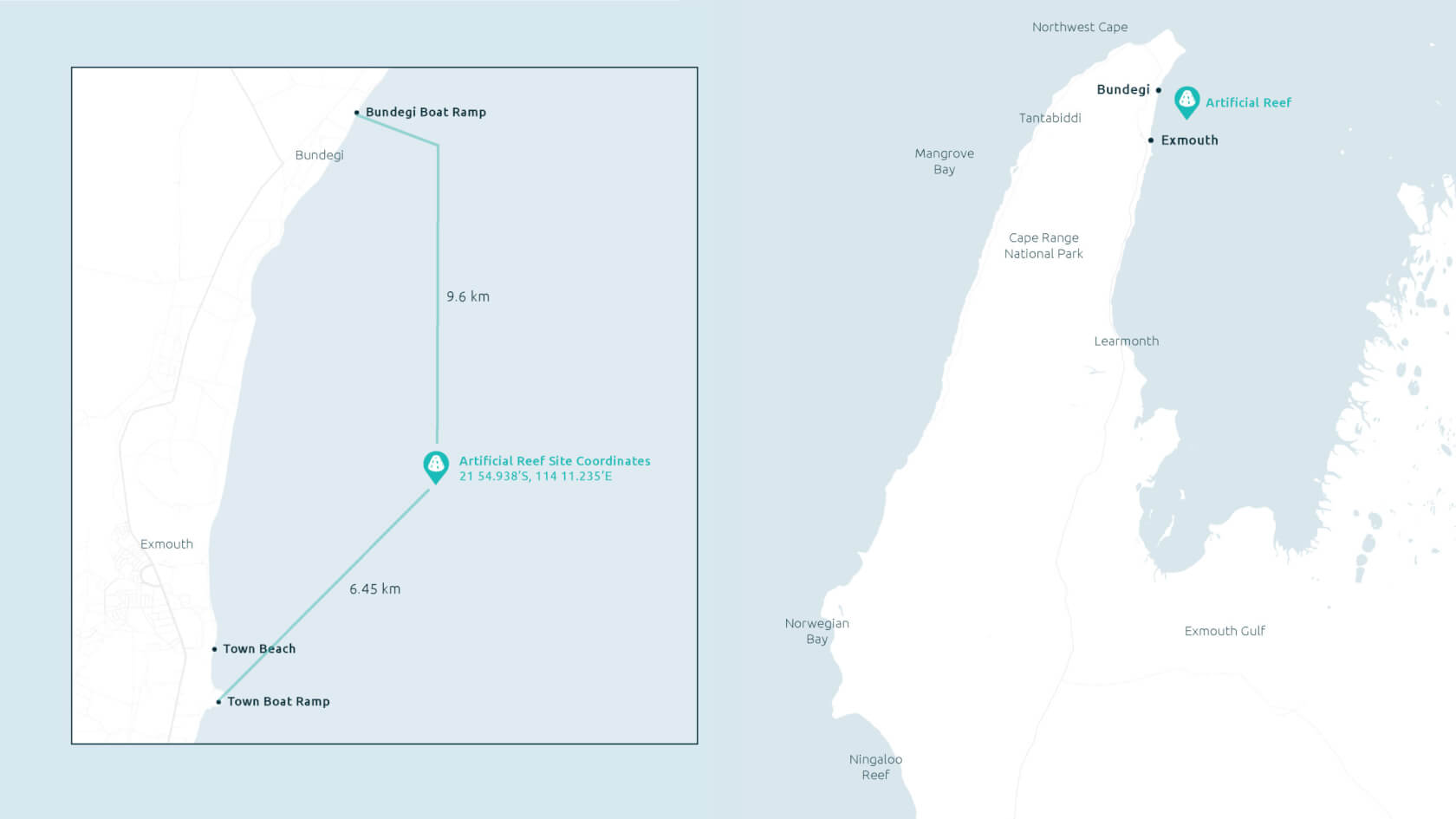