The Swan River plays a huge part in the culture and lifestyle of many fishers in Perth – giving safe and easy access to great fishing for everyone.

There are 60km of accessible water for every level of fisher in the Swan River, with fishing platforms, jettys and grassed banks providing the thousands of Perth based fishers access, both day and night, to a world class fishing river.

Which other river running through an Australian Capital City can you access:

There have been plenty of studies that have highlighted the rejuvenated health of the Swan River in recent years and the recent Swanfish event proved again the river is in good shape with plenty of fish caught and released.

Perth’s premier family fishing event, Swanfish, took a new direction this year focusing on catch and release fishing and the results were exciting for the future of the Swan. To showcase the health of the Swan River, the 2018 Swanfish event had 166 fish submitted across 14 species by 249 competitors – in only 24 hours.

Not only will the majority of fishers never get to catch a bream this big in their life, many wouldn’t believe a fish of this size still lives in Perth’s Swan River.

Here are some interesting facts about the catches from Swanfish and some to suggest the river is healthy and thriving!! 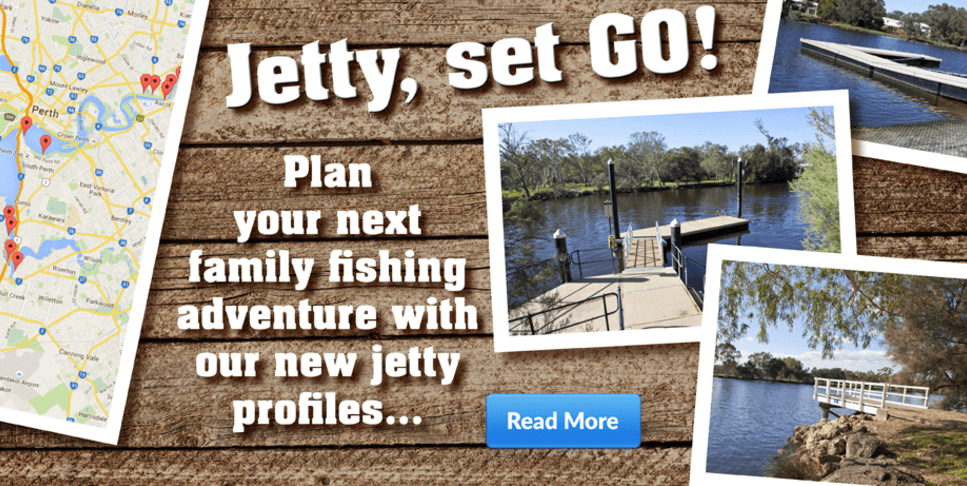 Bream are Capable of Travelling….a lot!
The average distance covered by tagged bream throughout a four month innovative and exciting fish tracking program was 33km, with one fish covering a whopping distance of 130km! Another bream on one instance recorded travelling 11km in less than 15 hours.

When not on the move, the tagged fish in the study spent most of their time around Ascot and Caversham (we know this from the underwater acoustic tagging receivers).

There was also movement of some fish between the Swan and Canning Rivers, confirming these populations are interconnected. Some of the bream’s movements through the rivers were found to be linked to heavy rainfall events. While bream are hardy fish that can handle a high salinity range, the tagged fish favoured areas where salinity ranged between 10-20ppt (normal sea water is around 35ppt).

To Read more about this interesting bream project, click here.

With a focus on catch and release fishing and for the first time ever, the use of a purpose-built smartphone app, Swanfish provided participants with a live scoreboard and an instant method of logging their catches.

The Swanfish App, built by the team at TrackMyFish, allowed fishers to take a photo of their catch and enter it into the competition with only a few simple clicks. The app included a live feed with photos so fishers can see in real time what’s being caught elsewhere on the river. This style of app has been utilised in other fishing events throughout Australia and has proven to be extremely useful for competitors.

The app also turned all competitors into citizen scientists for the weekend, as each logged catch went into a database which will be built on over future events. Long term data such as this is vital in providing insight into decision making around river management going forward.

To see some of the fish entered into Swanfish 2018, check out the Swanfish Facebook Page here. 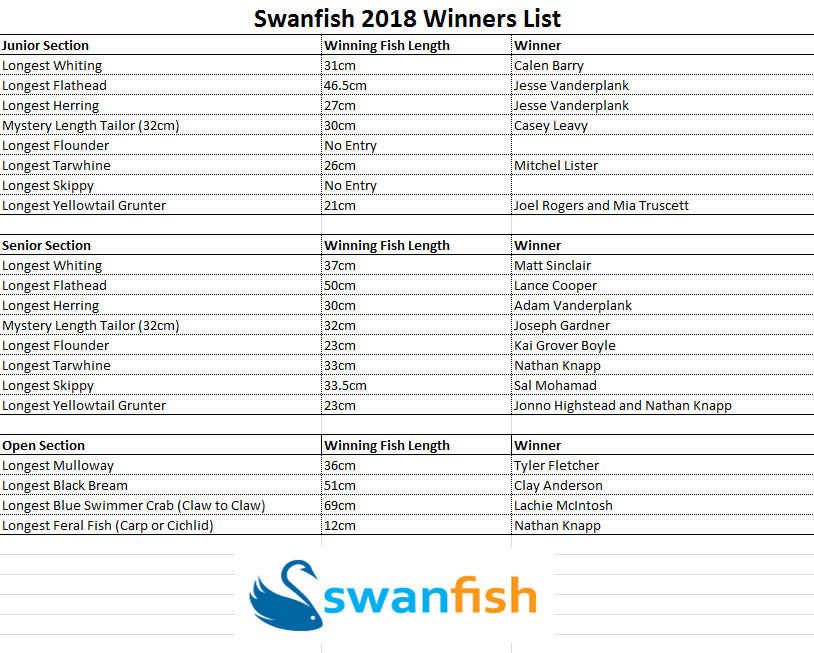