On the back of this week’s announcement by the State Premier Mark McGowan that recreational salmon fishing is worth $331 million a year to the WA economy, Recfishwest is proud and excited to announce the Awesome Autumn of Salmon – a whole season of great salmon fishing events.

These events, funded by a Recreational Fishing Initiatives Fund (RFIF) grant and supported by partners in the fishing tackle, camping and outdoors industry, include:

In addition, Recfishwest will be running its popular annual Great Southern Salmon Campout at Cheynes Beach (March 27-29) with a series of salmon fishing teach-ins from some of the leading experts in the game, as well as the chance to chase big salmon schools along one of the State’s most spectacular beaches. 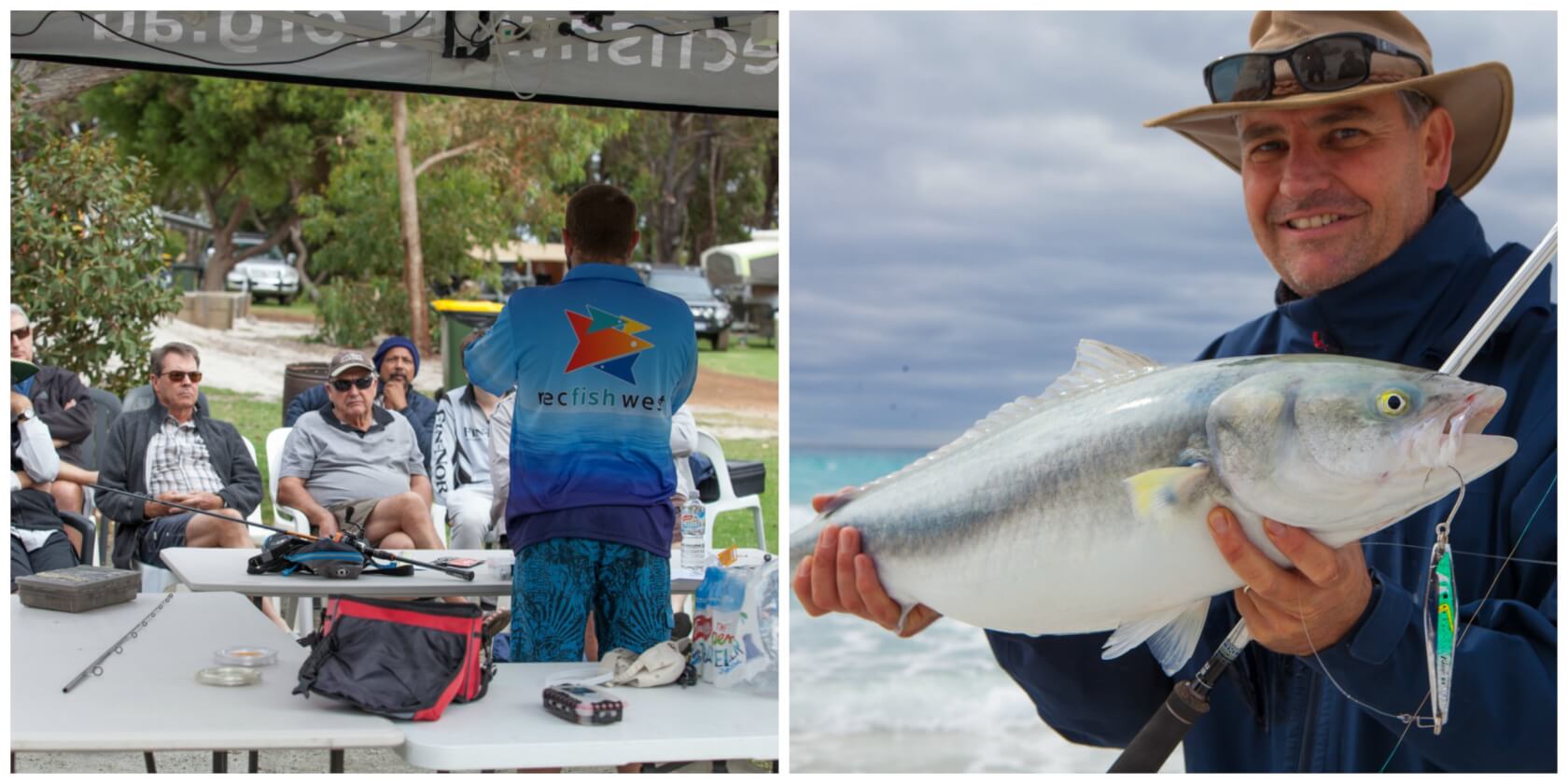 The Premier was in Albany with Fisheries Minister Peter Tinley and Recfishwest to announce the results of an economic study, also RFF funded, into the value of recreational salmon fishing to the WA economy.

“Having the State Premier recognise the economic value that the annual salmon migration up the south-west coast brings to regional WA every year is a great step forward in ensuring the abundance of these superb sportfish is protected.

“It’s that abundance of these fish that means WA salmon on average are bigger than anywhere else in Australia and ensures such exciting fishing experience which keeps fishers coming back every autumn. The fact that the study also showed that salmon fishers release three out of four fish they catch further underpins that abundance.

“We think being able to take part in this amazing fishing experience every year is something worth celebrating and that’s why we and the WA recfishing community are going to celebrate salmon this year like never before through the Awesome Autumn of Salmon.”

Albany-based fisher, writer and editor of Western Angler magazine, partner of the Awesome Autumn of Salmon, said, “It’s really exciting to see all these salmon fishing opportunities being created. There’s never been a salmon fishing event like the Salmon Slam before – a three-month long fishing event that anyone can enter taking a snap of their salmon catch and entering it through the free app. Having the comp set up like this allows anyone who likes to catch and release their salmon to enter as well making it truly open to all.

“I’m also pumped along with the Albany recfishing community to be hosting the Salmon Spectacular over Easter – this is a great event that fishers can participate in and win prizes without even having to catch a fish – and with Mark Lecras coming down to wet a line and have a yarn with participants, it’s already shaping up to be a cracker!”

When asked if he was surprised about the economic value of recreational salmon fishing to the state, Coghlan replied with, “Yes and no, as there was no way of knowing how much people spend on salmon. it is a bigger deal than most people think it is and for those who haven’t seen the impact of salmon, go down to any beach in the south coast or south west and you get an idea of what this amazing fish means to people”

Australind-based fisher and tackle store owner, Ben White said, “The salmon run is very important for our business, in a short period of time the store is swamped with customers, spending big on bait, hooks lures etc. I’m not surprised by the amount West Aussies spend on salmon, we see it in the shop every year during the run, people from Perth who are happy to travel down and chase salmon. We only see them once a year but when they come down, they are happy to spend big. We are excited for what this salmon season will bring, with all the events planned for this autumn”.

More information about the Awesome Autumn of Salmon events and the salmon economics study can be found at recfishwest.org.au/salmon

The Salmon Slam 2020 app can be downloaded on Android Google Play store and on iOS devices from the App store.