Recreational fishers who catch Barramundi in Lake Kununurra are being asked to report catches to Recfishwest and the Kimberley Training Institute (KTI). 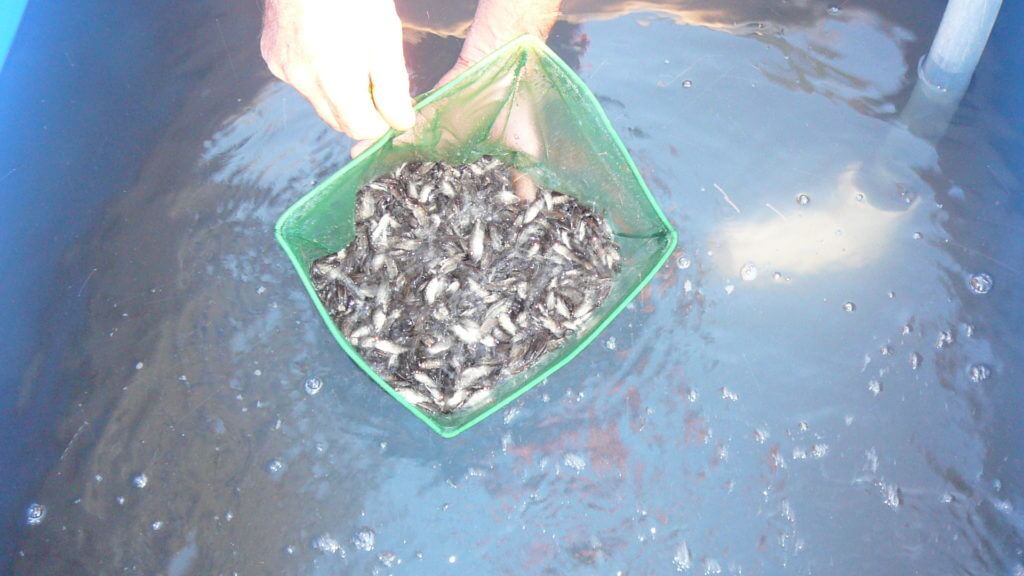 Another 130,000 Barramundi, around 4-5cm in size, were released into the lake last month, bringing the total of fish released through the current restocking program to over 530,000 in the last four years. These latest fish were marked with dye so they can be identified.

The restocking program for Lake Kununurra is supported by Recfishwest and has been achieved with fish bred at the KTI in Broome.
Another 20,000 bigger fish will be released shortly, to complete the initial restocking program.
The latest batch were released near Crossing Falls, an area which boasts extensive wetland weed systems, good access to deep water and access to get the trailer and fish close to the water.
There have been reports of fish to 80cm being caught in the lake, and we want to know about any catches, to help gauge the success of the program.

It is hoped the restocking will pave the way for a world-class impoundment fishery for Barramundi in Kununurra.
Importantly, the KTI has exceeded initial targets for the restocking, and been able to do it ahead of schedule, with support from the Department of Parks and Wildlife and Department of Transport.

The program is funded by the Kimberley Science Conservation Strategy, through the Department of Fisheries and is supported by Recfishwest. We look forward to continued restocking activities in the East Kimberley.