WA’s South West has one of the biggest recreational fishing communities in WA with plenty of fishing opportunities in some of the state’s most picturesque settings. From marron to mulloway, the South-west provides something for every fishers taste.

A recent report indicates that local residents in the area spend at least $305 million on fishing each year. 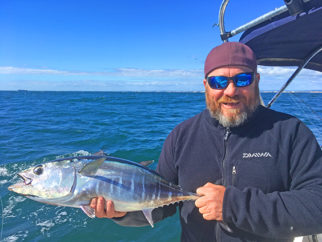 The largest population centre in the South West is the City of Bunbury, which also has its own large population of passionate and enthusiastic anglers as well as tourists who travel from Perth or the Wheatbelt.

Up until recent times, limited offshore habitat meant that boat fishers were travelling long distances for good fishing, whilst the loss of traditional shore based fishing platforms meant fishers and crabbers needing to find alternative places to fish.

There is, however, finally a brighter future for fishing in Bunbury.

Deployed in April 2013, the Bunbury Artificial Reef is the most fished artificial reef in WA, with a third of local boat fishers having tried their luck on the reef.

In good news for fishers, this reef has now been expanded to create extra fish habitat and fishing opportunities thanks to Federal funding awarded by Regional Development Australia.

The reef’s fishable area has been increased by 50 per cent, with 90 low relief concrete modules added to the original 30, ten tonne ‘Fish Boxes’.

The expansion will make fishing even better by creating larger amounts of complex fish habitat and better connectivity across the entire reef. More than 60 species have already been observed on the reef and the additional modules will now increase the number and types of fish found on the reef while allowing a greater number of boats to fish the reef.

The new modules will also allow scientists to discover how fish species respond to different reef modules and better understand how the reef creates a productive marine ecosystem. This information will be used to make artificial reefs and marine infrastructure more efficient in the future – a win win for both the environment and the fishing community.

It’s not just good news for boat fishers though. While delayed, the Koombana Bay Community Fishing and Crabbing Platform is due to start soon.

Fishing and crabbing are an important part of the coastal lifestyle and dedicated infrastructure for undertaking these activities is highly valued by the community.

Discussions around the platform originally begun with the loss of amenity due to the demolition of the timber jetty which originally stood in Koombana Bay.

The City of Bunbury has been in discussions with regards to the ‘Transforming Bunbury Waterfront’ program with State Government. The project will finally commence this May providing fishers of all abilities safe, accessible and enjoyable fishing opportunities.

Fishing is woven into the cultural fabric of Bunbury and the South-west and the expansion of the Bunbury artificial reef and construction of the Koombana Bay Community fishing and Crabbing Platform is just the start to making fishing even better in the region. 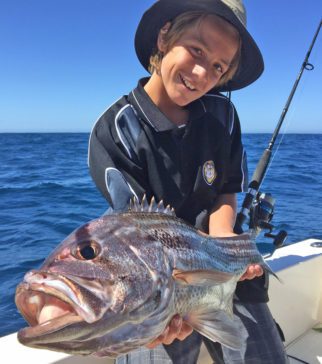