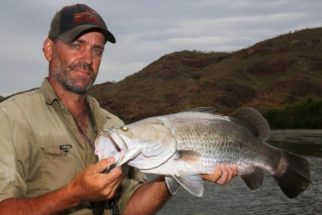 For a lot of Australians catching a big Barramundi is high on their bucket list. The iconic sportfish is a favourite target for lure fishing, and a highly regarded table fish. Striking hard and providing strong runs once hooked, Barramundi put up a challenging and spirited fight as they manoeuvre around snags and launch into impressive aerial leaps attempting to shake the hook. The experience sells itself.

Most people think that to access the best Barramundi fishing you need to travel to remote creek systems in Australia’s north or impoundments along the East coast. Many regard places such as Kakadu and Arnhem Land in the Northern Territory or Tinaroo Dam in Queensland as the best option for thrill seekers chasing a Barramundi fix. You will be pleased to learn that Australia’s next big barra fishery is much closer to home, with locals and tourists already tangling with fish over the ‘holy grail’ meter in length.

“To put it into perspective, fish which were released as 5cm fingerlings three years ago are now over a metre in length!”

Lake Kununurra in the states North East is producing Barramundi fishing like nothing experienced before. Local champions have worked passionately to enable the stocking of Barramundi to be a success and over 500,000 Barramundi fingerlings stocked into the lake since 2012 are now providing some of the most exciting fishing around.

The Barramundi in Lake Kununurra cannot naturally reproduce in a closed freshwater system. The fish spend their entire lives eating and growing and with no natural predators, some enormous barramundi have been able to gorge themselves to significant size on the abundance of natural bait in the system. 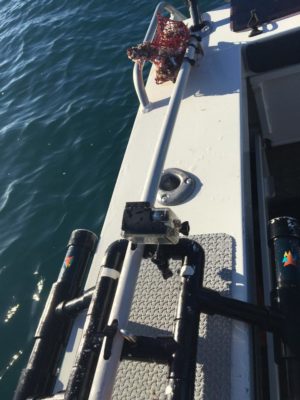 The stocking program which finished last year has shown us enough of what potential Lake Kununurra holds as a Barramundi hotspot. To put it into perspective, fish which were released as fingerlings three years ago are now over a metre in length!

Key stocking facilitator, Kununurra local and Barramundi enthusiast Dick Pasfield says “The barra fishing in Lake Kununurra is world class and should only get better”. A local group has formed in the absence of continued stocking to investigate potential avenues.
“ Now that the stocking program has been completed and the building blocks of an amazing fishery have been laid the local stocking group will continue working to develop it into one of Australia’s premier impoundment fisheries” Pasfield stated.

Barramundi fishing is huge for Kununurra locals and the economic and social return from the stocking program will far exceed the actual cost of the program. It is a fitting tribute to the hard work and vision of the local community over the last 20 years that Lake Kununurra is now on the world sportfishing stage.

Former president of the Broome Fishing Club and Portfolio Manager at the North Regional Tafe aquaculture facilities Jeff Cooper says “what we have here is the start of something very exciting, the untold potential of impoundment Barramundi fishing in Lake Kununurra is something we should not take for granted. This opportunity is unmatched and the possibilities are endless”.