Every year, 25 per cent of your recreational fishing licence fees are placed in the Recreational Fishing Initiatives Fund (RFIF) to be spent on improving your fishing experiences. This year there are some fantastic new projects to enhance recreational fishing that have just been announced through Round 5 of the RFIF. These projects include three new artificial reefs, south coast habitat restoration and crab restocking, just to name a few.

The RFIF has provided our great state with approximately $7.7  million of recreational fishing projects since its inception in 2011 with tangible outcomes for fishers and the environmen 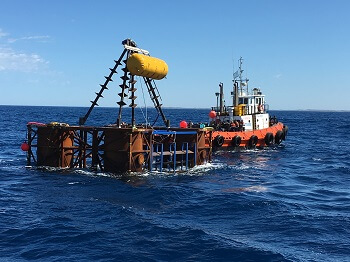 This year’s announcement comes as the two steel artificial reef towers funded in Round 4 of the RFIF are ready for deployment in Perth metropolitan waters.

In Round 5 of the RFIF $600,000 has been awarded for shallow-water reefs in Esperance and Exmouth to provide reef fishing opportunities for family and small boat fishers in protected waters.

Artificial reefs have already proven successful in Geographe Bay and Mandurah, and Recfishwest is excited about expanding artificial reefs into the North West and down on the South coast.

In addition to the Esperance and Exmouth reefs, the City of Karratha will also receive 1/3 of the funding required for a reef near Dampier. This funding will help the city to leverage the remainder of the funds needed to complete this exciting project.

An interesting new project has been funded on the expansion of current oyster reef restoration trials in Albany’s Oyster Harbour. Four hundred square metres of restored reef will be seeded with aquaculture settled juvenile oysters to hopefully restore large scale living oyster reefs that were once numerous in Oyster Harbour.

Funding for a tag and recapture program in Roebuck Bay, Broome was allocated to help assess the Threadfin Salmon populations in the recreational only Marine Park fishery, as a community partnership involving Broome Fishing Club and local fishers.

This round of RFIF also funded grants for blue swimmer crab restocking in Perth and a shark bite-off and deterrent video study around the Ningaloo coast.

In addition, Round 5 RFIF funding has also been provided for:
• Improved fishing access for fishers of all ability through a grant to Fishability (formally Fishers with Disabilities).
• Quantify the economic importance of recreational fishing in WA.
• Revitalise and empower fishing clubs to ensure they continue to play an important part in their local communities. 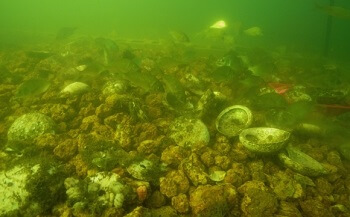